'We talked at 2 am...,' tweets Assam CM after his 'Who is Shah Rukh Khan' comment 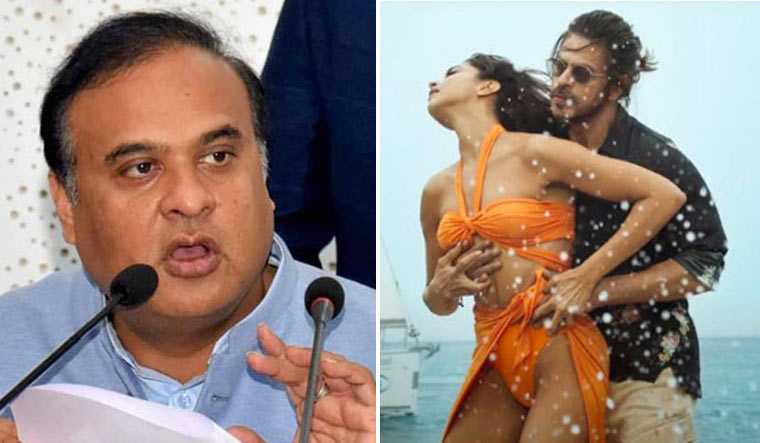 Hours after his curt reply to questions on Shah Rukh Khan and his film Pathaan, Assam Chief Minister Himanta Biswa Sarma took to Twitter to say that the actor had called him late at night.

Sarma wrote in Twitter: "Bollywood actor Shah Rukh Khan (@iamsrk) called me and we talked today morning at 2 am. He expressed concern about an incident in Guwahati during screening of his film. I assured him that it’s the duty of state govt to maintain law and order. We’ll enquire and ensure no such untoward incidents."

This comes as Bajrang Dal activists, who stormed a theatre at Narengi in the city on Friday, tore down the film's posters and burnt them. The film is slated to hit the release on January 25.

However, when journalists asked Sarma about the incident, he gave a terse reply, "'Who is Shah Rukh Khan? I don't know anything about him or his film Pathaan.'

'Khan has not called me, though many from Bollywood do so, regarding the problem. But if he does, I will look into the matter. Action will be taken if law and order has been violated and a case has been filed,'' Sarma added.

When reporters told him that Khan is a Bollywood superstar, Sarma said that the people of the state should be concerned about Assamese and not Hindi films. He said the Assamese film Dr Bezbarua - Part 2, the first directorial venture of late Nipon Goswami, will be released soon. ''People should see it.''

Pathaan ran into controversy after some segments of society claimed the song called 'Besharam Rang' hurts the sentiments of Hindus, and sought changes before its theatrical release.

However, trade experts and box office analysts predict that Pathaan is expected to earn around Rs 35-45 crores on the first day itself. The advance booking of the Shah Rukh Khan starrer is getting great responses all over India, and it will certainly benefit from the holidays surrounding Republic Day, reports added.