Mission Majnu, Chhatriwali, The Last of Us: OTT releases this week 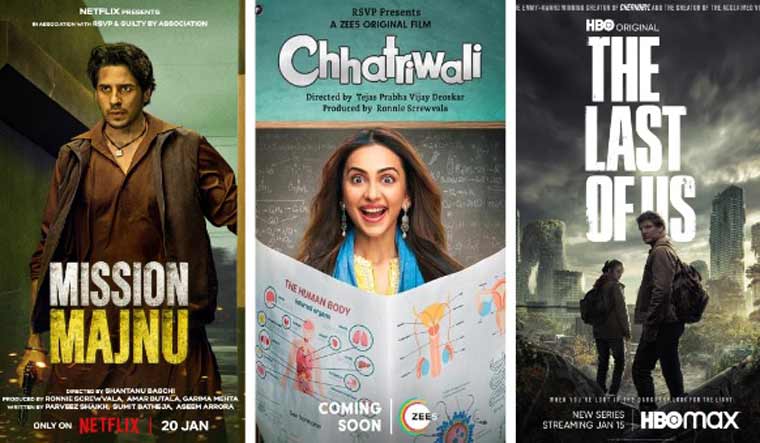 It is a new week and time to update your binge-watch list. We are back with the list of movies and shows arriving on streaming platforms this week. Two Bollywood films arrive on OTT platforms this week—Mission Majnu and Chhatriwali.

Here is a quick at the releases:

The Last of Us: Disney plus Hotstar

The HBO series, based on a popular video game, is set 20 years after the apocalypse where most part of modern civilisation, as we know it, has fallen. The plot of the miniseries revolves around a survivor who helps a teenage girl escape the quarantine zone. What follows is a brutal journey for survival as they battle blood-thirsty zombie-like survivors and more. The series features an ensemble cast that includes Pedro Pascal, Bella Ramsey, Nick Offerman, and Gabriel Luna.

In this slice-of-life drama set in Haryana, Rakul Preet Singh teams up with Sumeet Vyas to spread the message of male contraceptives and safe sex. Directed by Tejas Prabha Vijay Deoskar, Rakul essays Sanya, a quality control head in a condom factory.

The popular Israeli action-drama series is back with a new season. In season 4, the show follows an Israeli undercover agent who is forced to come out of retirement due to an unexpected turn of events. The hit series was recently adapted in Hindi and released as Tanaav.