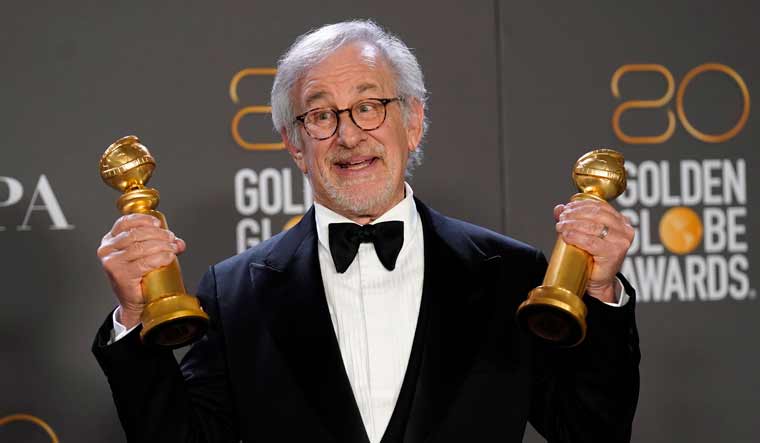 Steven Spielberg poses in the press room with the awards for best director, motion picture and for best motion picture, drama for "The Fabelmans" at the 80th annual Golden Globe Awards at the Beverly Hilton Hotel | AP

The 80th Golden Globes awards were declared on Wednesday morning in Los Angeles. SS Rajamouli's RRR, which has been a hit in the US, won the Golden Globe for Best Original Song. The film, however, lost in the Best Non-English film category.

Tragicomedy The Banshees of Inisherin, which led the nominations for the 2023 Golden Globes with eight nods, walked away with three awards—Best Film (Musical/Comedy), Best Film Actor (Musical/Comedy) for Colin Farrell and Best Screenplay. Steven Spielberg's The Fabelmans won the two top awards of the season-Best Film (Drama) and Best Director.

In the television category, Abbott Elementary won Best Series in the Musical/Comedy and House of the Dragon walking away with award for Drama category. The White Lotus won Best Limited/Anthology Series.

Best actress (musical/comedy) - Michelle Yeoh, Everything Everywhere All At Once

Best supporting actor - Ke Huy Quan, Everything Everywhere All At Once