All eyes on 'RRR' at Golden Globes: When and where to watch live in India

'The Banshees of Inisherin' leads the nominations with 8 nods 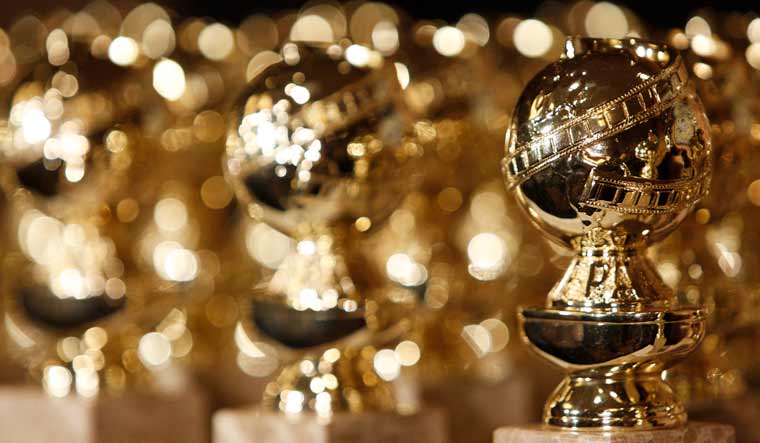 The 80th Golden Globes awards are set to be declared on Tuesday night at the Beverly Hilton in California. It is Hollywood's first big award night of the year, and Indians, too, are anxiously awaiting this year's award ceremony. Filmmaker SS Rajamouli's RRR is in the race for two awards—Best Picture (non-English) and Best original song (Naatu Naatu).

The big-budget period epic is the first Indian film in over two decades to be nominated for the awards. In the ‘best picture–non English segment’, RRR has been pitted against Korean romantic mystery film Decision To Leave, German anti-war drama All Quiet on the Western Front, Argentine historical drama Argentina, 1985, and French drama Close.

In India, the Golden Globe Awards will stream exclusively on Lionsgate Play—the red carpet coverage from 5:30am (IST) and the awards ceremony at 6:30am on Wednesday. Comedian and actor Jerrod Carmichael will host the event which has the likes of Jamie Lee Curtis, Ana de Armas, and Tracy Morgan named as presenters for the ceremony.

Tragicomedy The Banshees of Inisherin, leads the nominations for the 2023 Golden Globes with eight nods including Best Film in the 'comedy or musical' categories. Everything Everywhere All at Once is close behind with six nominations. In the drama category, The Fabelmans is up against two box office hits— Tom Cruise-starrer Top Gun: Maverick and James Cameron's Avatar: The Way of Water.

In the television category, Abbott Elementary, a show about the teachers and students in a Philadelphia public school, leads with five nominations.

This year's Golden Globes ceremony arrives after two years marred by controversies and boycott calls by top actors. In 2021, The Hollywood Foreign Press Association (HFPA), the group behind the Golden Globes, was accused of ethical lapses and a lack of diversity. In an investigative report, the Los Angeles Times had reveled that of the 87 members of the HFPA, not a single one as Black. In the wake of the reports, stars boycotted the event and the US TV network NBC refused to broadcast the event—last year's event went online with no ceremony or celebrities in attendance.

The HFPA later made amends and added new members. This year, the show is back with the glitz and glamour, and will once again air on NBC in the US. But not all's well as stars like Brendan Fraser, nominated for best actor for The Whale, has said he will not attend the show. The actor previously accused former HFPA head Philip Berk of groping him.