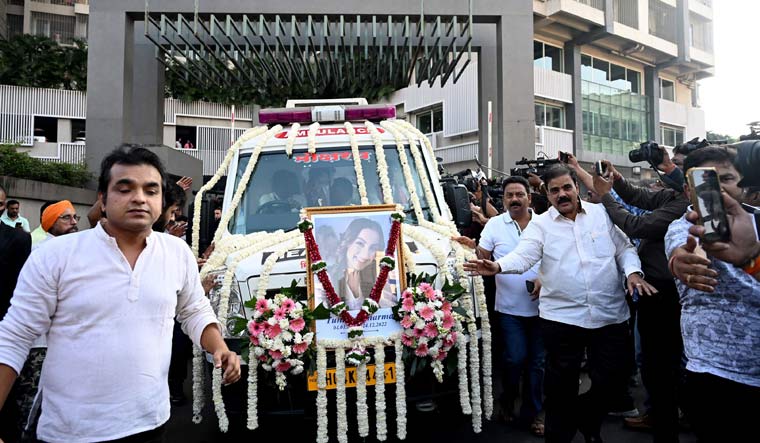 The last rites of actor Tunisha Sharma were held on Tuesday in Mumbai in the presence of her family members and industry colleagues.

Sharma, known for TV shows such as Ali Baba: Dastaan-E-Kabul and films such as Fitoor, died by suicide on Saturday on the sets of her serial. She was 21.

Following a post-mortem examination at JJ Hospital, her mortal remains were brought to Tembha Hospital in Mira Bhayandar and then taken to her Mira Road home.

She was cremated at Ghodev Shamshan Bhumi in Bhayandar East.

Sharma's mother Vanita Sharma was inconsolable and fell unconscious during her last rites.

The 13th day of mourning will be held on January 5 in Chandigarh, Sharma's uncle said.

Sharma's co-star Sheezan Khan was arrested on Sunday for allegedly abetting her suicide. Khan is currently in four-day police custody.