He had accused her of distracting youth of the country 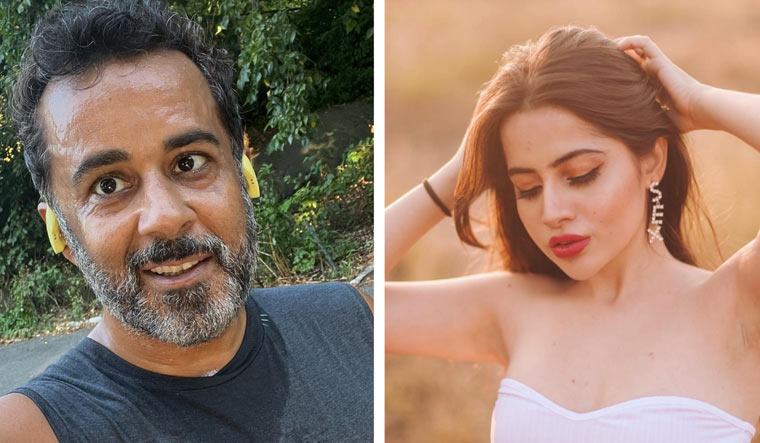 Popular Indian writer Chetan Bhagat faced the ire of model and Instagrammer Uorfi Javed after he claimed that she has been distracting the youth of the country with her reels and photos.

At a recent event, Chetan Bhagat said the youth, especially boys, are distracted because of phones as they spend hours watching Instagram reels. "Everyone knows who Uorfi Javed is… What will you do with her photos? Is it coming in your exams or you will go for a job interview and tell the interviewer that you know all her outfits?”

The comment did not go down well with Uorfi Javed who lashed out at the writer, calling him a pervert.

“Men like him will always blame the women (rather) than accepting their own shortcomings. Just because you’re a pervert doesn’t mean it’s the girl’s fault or what is she wearing. Unnecessarily dragging me into a conversation, commenting on how my clothes are distracting young boys is such as f**d thing to say. You messaging girls isn’t a distraction for them, Chetan Bhagat?” she wrote in her Instagram story.

“Guys, let’s not forget how so many women accused him during the Me Too case,” she further wrote, sharing screenshots of the alleged WhatsApp messages between the writer and a young girl which were leaked during the #MeToo movement.

“Stop promoting rape culture you sickos out there. Blaming women’s clothes for the behaviour of men is so 80s Mr Chetan Bhagat. Who was distracting you when you messaged girls half of your age? Always blame the opposite gender, and never accept your own shortcomings or faults," she further wrote.

In another post, she shared a video of the Instagram pages that Chetan Bhagat follows which had photos of girls in bikinis.

Reacting to her allegations, the writer took to Twitter to say, “Have never spoken to/chatted with/met/ known someone where it’s being spread that I have done so. It’s fake. a lie.also a Non issue. Haven’t criticised anyone.And I also think there’s nothing wrong in telling people to stop wasting time on Instagram and focus on fitness and career.”