If I get this amount I will not work in my life, he said 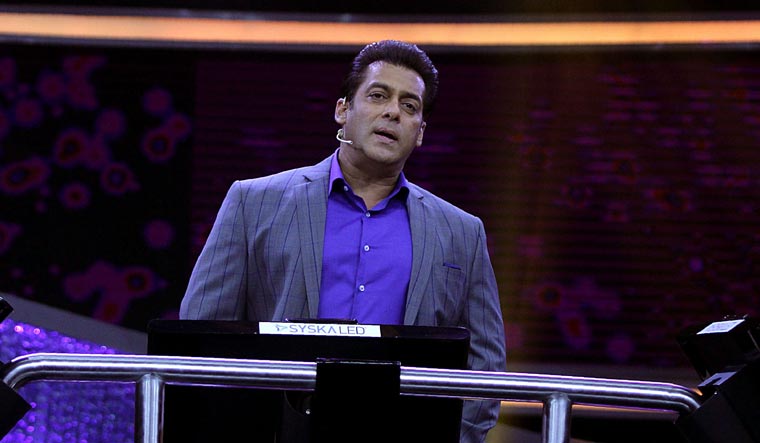 Bollywood superstar Salman Khan on Tuesday dismissed the rumours that he is charging Rs 1,000 crore for hosting the latest season of Bigg Boss, saying he will stop working the day he earns such a whopping amount.

While he was rumoured to have earned Rs 350 crore for the last season of Colors reality series, a report in July claimed Salman demanded Rs 1,000 crore for the 16th installment.

The actor, whose remuneration is subject to gossip whenever a new chapter of the show is around the corner, also quipped he plans to return the hundreds of crores "that he never got in the first place".

"If I get this amount I will not work in my life... Those Rs 1,000 crore, I was rumoured to be getting this year, I was about to return the money I never got in the first place. So, Colors will be in complete profit," Salman said.

He was in conversation with actor and former Bigg Boss winner Gauahar Khan at a press event. Alluding to his run-ins with the law, the 56-year-old actor joked he will use the money to pay his lawyers when he earns this much.

"If I am getting this price, I have so many expenses, like the fees of the lawyers. Here Salman earns, here Salman gives. It comes, it goes," he added.

On a serious note, Salman said his salary figure has been "exaggerated". "There is income tax... The ED (Enforcement Directorate) also notices that and they come. They know the truth," he said.

The Bharat star said viewers should expect the unexpected from the upcoming season since Bigg Boss himself is one of the participants this time. "I don't know what will happen. Whatever will happen will be good. This time the game is different because Bigg Boss is part of the competition. This season will be different, fast and unpredictable."

Salman, who has been hosting Bigg Boss since 2010, said he has developed an affinity towards the show over the years. "It's been 12 years now, it's been a long time. I am used to it. I like the game, there is a lot to learn. You get to meet so many people. You protect the ones who are being bullied and bully the one who bullies. In those four months, we develop a bond," he said.

Asked if he will ever enter the Bigg Boss house as a participant, the actor said he has already been playing the game the "right way".

"In the beginning when Bigg Boss had started, people were playing the real game, (they would) show their personality. Then people saw this game and started playing a false game. They think we don't see anything but we can see everything.

"The system of the show is not to be partial at all and make sure no one crosses the boundary. We try to bring real personalities into the house. In the previous seasons, different personalities would come with a notion and then after one-and-half months or so, their true personality would come out," he added.

The 16th season of Bigg Boss will premiere on October 1. The show will air on weekdays at 10 pm and at 9.30 pm on the weekend.