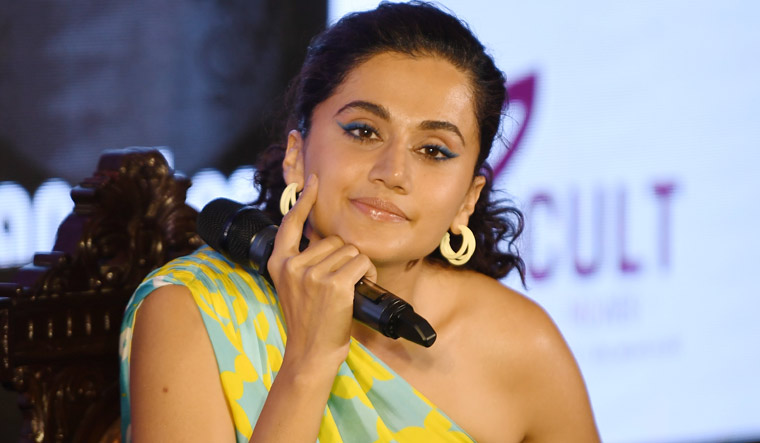 Actor Taapsee Pannu said the recent trend on social media calling for boycott of Hindi films is nothing but a "joke", one that undermines the viewers.

Pannu, whose latest movie Dobaaraa with filmmaker Anurag Kashyap hit the theatres on Friday, said she has passed the stage of "being bothered" by social media trends.

"If something like this (boycott calls and trolling) happens on a daily basis, one ceases to be bothered anymore. It becomes useless. There is a dialogue to this effect in one of my films," Pannu said during a press conference here on Thursday.

"I cannot talk about others in the industry, but for me and Anurag, it has become a joke," she said.

The trend of hashtags calling for a film's boycott started with Aamir Khan's Laal Singh Chaddha. Asked to comment on the social media trends, Aamir had said he was saddened by the boycott calls and urged the audience to watch his film.

Later, similar hashtags against Akshay Kumar's Raksha Bandhan popped up on online platforms. Some netizens also called for the shunning of Dobaaraa, directed by Kashyap and featuring Pannu in the lead.

"If the audience like they will go to watch a film. If they don't like, they won't. But giving the boycott call is like undermining my audience's intelligence," the actor said.

Pannu denied the rumours that Dobaaraa is inspired by the 2018 Spanish movie Mirage.

"Our film's content was decided in March 2018 while the Spain picture was announced in November that year. Dobaaraa is neither copied nor inspired," she said.

"Unfortunately Covid-19 struck and that delayed" everything surrounding our film and its release, she added.

The mystery drama revolves around how a woman named Antara (Pannu) gets an opportunity to save the life of a 12-year-old boy who witnessed a death during a thunderstorm which happened 25 years ago, by getting connected through the television set during a similar storm in the present.

She said Dobaaraa is the "most gripping film" that Kashyap has made till date and nobody could dare to attempt such a subject in Hindi cinema as everyone wants to play safe.