Amazon drops visually stunning trailer of 'Lord of the Rings: The Rings of Power' 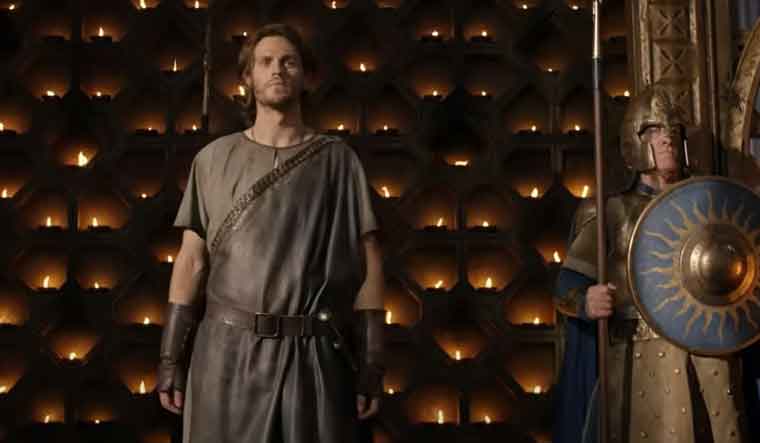 Amazon has unveiled the first trailer of its much-anticipated series The Lord of the Rings: The Rings of Power and it promises to transport viewers back to JRR Tolkien's fictional world of Middle-Earth.

Based around the fabled Second Age of Middle-Earth's history, when the rings were forged by Sauron, the show's first trailer was unveiled at a panel presentation during the San Diego Comic-Con on Friday.

The series, which is set to release on Prime Video in September, will bring back fan-favourite characters like Galadriel (Morfydd Clark), Elrond (Robert Aramayo) and High King Gil-galad (Benjamin Walker).

The three-minute-long footage teases all the major races in the show, including Hobbits, Elves, Dwarves, and Men, and introduces Clark's younger Galadriel. It also includes a first look at actor Anson Boon's Sauron, the main antagonist of Tolkien's book series, as well as the fearsome creature Balrog.

The official synopsis for the series states that "The Rings of Power" follows an ensemble cast of characters, both familiar and new, as they confront the long-feared re-emergence of evil to Middle-Earth.

"From the darkest depths of the Misty Mountains, to the majestic forests of the elf-capital of Lindon, to the breathtaking island kingdom of Numenor, to the furthest reaches of the map, these kingdoms and characters will carve out legacies that live on long after they are gone," it read.

The Lord of the Rings: The Rings of Power will premiere on Prime Video in multiple languages, including English, Hindi, Tamil, Telugu, Malayalam and Kannada, on September 2, with new episodes dropping weekly.