Season 7 of 'Koffee with Karan' also starts streaming this week 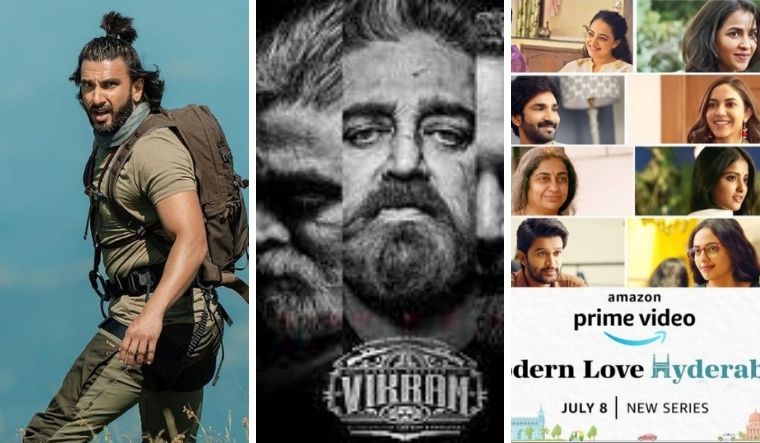 Some massive OTT releases are lined up for the first week of July. From movies to some eagerly awaited shows, here is a quick list of what's arriving on Netflix, Amazon Prime Video and Disney plus Hotstar this week:

A much-awaited show this week, Ranveer vs Wild with Bear Grylls features the actor's journey into the Serbian wilderness in search of a rare flower for his wife and actress Deepika Padukone. Ranveer does his own stunts in this interactive reality series, while picking up new survival skills and overcoming his fears. Ranveer recently said he grabbed this opportunity at a time he felt he needed to try something new in his career.

Filmmaker-producer Karan Johar's popular celebrity chat show will stream on Disney plus Hotstar instead of airing on television. Johar had said the biggest movie stars from across India will return to the "couch to spill the beans while drinking some koffee" during the 7th season. The show, which first premiered on TV channel Star World in 2004, ran for six seasons on the small screen till 2019. Johar's chat show is a favourite among fans and those interested in knowing what is happening in Bollywood and the lives of celebs. The show has often offered viewers an intimate peek into the dynamics of the film industry, friendships, and romantic equations of the stars. At times, the show has also sparked controversies.

Kamal Haasan-starrer action thriller had released in theatres recently. The film will now be available for OTT viewing in Hindi, Tamil, Telugu, Malayalam, and Kannada. Directed by Lokesh Kanagaraj, Vikram also featured Vijay Sethupathi and Fahadh Faasil in key roles. The film was well-received by fans and critics, and had a great run at the box office. Vikram has reportedly raised over Rs 400 crore gross in box office collection.

The family entertainer starring Nani and Nazriya Nazim is all set to stream a month after its theatrical release. The film will be available in Telugu, Malayalam and Tamil. The warm romantic comedy was received well by audience and critics when it released in theatres.