Vijay Deverakonda bares it all in 'Liger' poster, sets the internet on fire 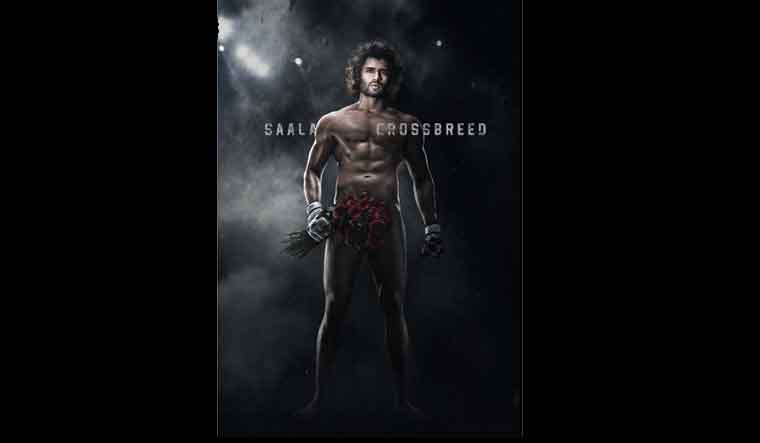 The latest poster of Vijay Deverakonda's upcoming movie Liger is the hottest thing on the internet, with #sexiestposterever trending on Twitter. Deverakonda poses nude and flaunts his chiseled body in the poster, and fans can't keep calm. Sharing the look on social media, Deverakonda said this is the film that took everything from him.

He wrote: “A Film that took my everything. As a performance, Mentally, physically my most challenging role. I give you everything! Coming Soon #LIGER (sic)".

A Film that took my everything.
As a performance, Mentally, physically my most challenging role.

The pan-India movie will release theatrically on August 25. The sports drama is directed by Puri Jagannath and backed by Karan Johar. The film will be released theatrically in five languages -- Hindi, Telugu, Tamil, Kannada and Malayalam.

The action-packed teaser which released in December gave glimpses of an MMA championship in the US, and introduced Deverakonda’s character --a ‘slumdog’ from the streets of Mumbai, a ‘chaiwallah’, Liger. Going by the teaser, the film chronicles Liger’s journey from Mumbai’s streets on to becoming a global sports icon. Liger also features Ananya Pandey and boxing legend Mike Tyson.

In November, the crew shot in the US along with Tyson. In a Twitter post, Dharma Productions had shared an on-set photograph of Tyson and Deverakonda.Though the makers haven't shared details about Tyson's role, the two will reportedly have a face-off in the ring.