Plea against 'KGF-2' for promoting smoking dismissed by Karnataka HC 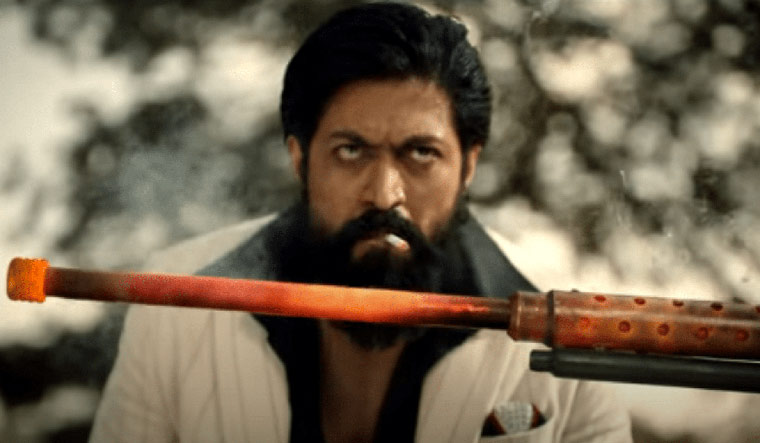 The Karnataka High Court, on Tuesday, dismissed a petition against the blockbuster Kannada movie KGF-2 for allegedly promoting smoking.

The complainant, Cancer Patients Aid Association, had alleged that the trailer of the film, directed by Prashanth Neel and starring Yash in the lead, portrayed smoking as stylish and heroic.

The plea also said Yash, being a popular actor with a huge fan following in both Karnataka and outside, has the moral and social responsibility to act responsibly while dealing with a habit that is injurious to public health.

According to Live Law, the court dismissed the petition as nobody appeared in the court for petitioners.

"Learned counsel for respondent submits that in all practical purposes the petition has become infructuous as the film KGF: Chapter 2, has already been released on 14th April. In view of the above the writ petition is dismissed in default as well as having become infructuous," the division bench of Chief Justice Ritu Raj Awasthi and Justice Ashok S. Kinagi said.