India can become content hub of world, says Modi as he wishes success to Cannes delegation

Multifariousness of our film sector is remarkable, PM observed 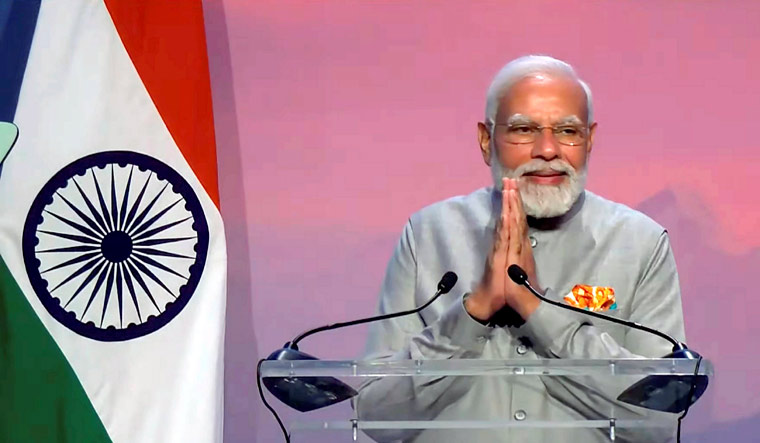 In a note, the prime minister said he is "delighted" to learn about India's participation as a Country of Honour at the Marché du Film - festival de Cannes.

"As India celebrates its 75th year of independence, the 75th anniversary of Cannes Film Festival, as well as 75 years of Indo-French diplomatic ties enhance the pride and joy associated with the momentous milestones."

Films and society are mirror images of each other. Cinema showcases human emotions and expressions in an artistic manner, binding the world together with a common strand of entertainment,” his note read.

Observing that India is the largest film producing country in the world, the PM said, "With films in many languages from different regions, the multifariousness of our film sector is remarkable. Rich heritage and cultural diversity are India's strengths."

We have a lot of stories to be explored, he said, adding, India truly possesses immense potential to become the content hub of the world.

Government of India remains steadfast in its efforts towards furthering case of doing business in the film sector, he said in the note.

"It is heartening to note that a film by one of India's most renowned film makers, Shri Satyajit Ray, has been restored for screening at the Cannes Classics section, when India is celebrating the birth centenary of the legendary film maker."

"This edition of Cannes Film Festival is special in many ways. Many Start-ups from India will showcase their strengths to the cinema world. The India Pavilion will display facets of Indian cinema and promote international partnerships and learnings."

Modi concluded his note, saying, "Best wishes for resounding success of the Festival.”

These movies are part of the 'Work In Progress' lab under the Film Bazaar.