Kiara Advani on comedies: Unfortunately, you can't compare what male co-stars get to do

“Maybe now's the time you start speaking up” 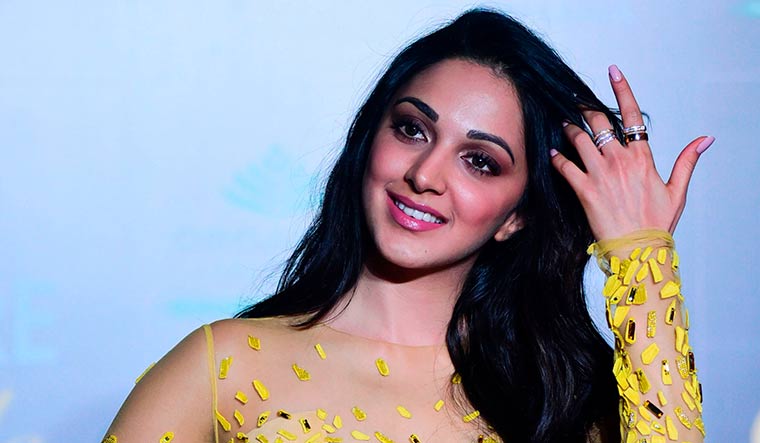 Actor Kiara Advani says it's rare for a female protagonist to do heavy lifting in comedy films as most of the punches and jokes are reserved for male characters.

Advani, who made her debut in 2014, has so far featured in two comedies, the 2019 hit Good Newwz and her upcoming Bhool Bhulaiyaa 2, a mix of horror and humour.

Women in Hindi film comedies are mostly a passive participant unless it is a rare female-led genre film like Queen or Tanu Weds Manu and Advani agrees that there is scope for women to do more.

"It's very rare that a female protagonist adds a punch. I am still craving to do that. I'm part of these films, they all have had an interesting arc to the characters. But if I've to compare it to what your male protagonist is doing (in the film), then you just can't compare," the actor said.

Advani, who has found success in romance and drama, with films like Kabir Singh, Guilty and Shershaah, said the fact that female actors can't compare with what their male counterparts get to do in comedies is because sometimes "unfortunately that's how (the script) is written".

"It definitely does disappoint. Maybe now's the time you start speaking up and telling your director that you want more. Maybe now I will start doing that going forward," she added.

Advani, 29, believes comedy is a difficult genre to crack and doesn't often get the credit it deserves. During her first outing in the genre in 2019, the actor credits learning the tricks of comedy from co-stars Akshay Kumar and Diljit Dosanjh.

In Bhool Bhulaiyaa 2, she said she was fortunate that she had equally proficient actors in comedy, from Kartik Aaryan, Rajpal Yadav to Sanjay Mishra.

The film has been directed by Anees Bazmee, who known for blockbusters in the genre like No Entry, Singh is Kinng and Welcome.

"Comedy is an extremely tough genre but I don't think it gets enough credit. It doesn't come naturally to many, some people are just gifted. Comedy with Diljit and Akshay is just so organic. They get that timing correct, which is crucial. That experience made me learn a lot because it was the first time I was doing it.

"Even in Bhool Bhulaiyaa 2, everyone was fantastic and gifted and on top of that, when you are being directed by Anees sir, whose hold on comedy is so strong, you are in safe hands," she added.

Bhool Bhulaiyaa 2 is a sequel to filmmaker Priyadarshan's 2007 film of the same name that featured Kumar and Vidya Balan.

Advani said when she was narrated the sequel, it was a "no brainer" for her to say yes to the project, despite knowing that the first part still rides on high recall value. "The film takes the franchise forward, with an entirely new script. Certain elements have been retained from the first part, just to keep the nostalgic value alive. There were no apprehensions stepping into this world, despite being aware that it's not a forgotten film.

"What helped me was that it had a new voice. People will compare the two films, and that's fair because it's a franchise, but not the characters because we are not playing the same parts," she added.

Produced by Bhushan Kumar, Murad Khetani, and Krishan Kumar under the banners of T-Series and Cine 1 Studios, the film is set to release on May 20.