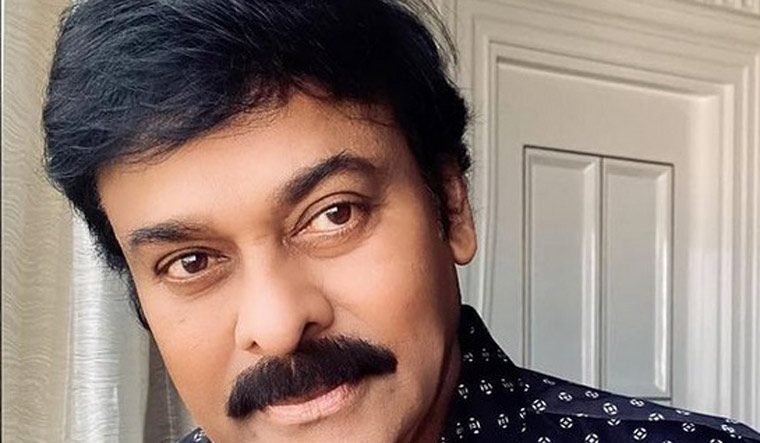 Popular Telugu actor Chiranjeevi waded into the ongoing Hindi row, recalling an instance when he felt humiliated during an award function in Delhi, and how over the course of time, with movies like Baahubali series and RRR, south cinema overcame discrimination.

During the pre-release of his latest movie Acharya, the actor spoke about the time he went to Delhi to receive an award for the movie Rudraveena. "In 1988, I made a movie called Rudraveena with Naga Babu. It received the national integration award, the Nargis Dutt Award. We went to Delhi to receive the award. The ceremony was scheduled for evening. It was preceded by high tea," he said.

He said that the hall in which they were having tea were decorated with posters that showed the grandeur of Indian cinema. Pictures of popular Bollywood actors like Prithiviraj Kapoor, Raj Kapoor, Dilip Kumar, Dev Anand, Amitabh Bachchan, Rajesh Khanna were on the wall.

"They described them beautifully (during the event). They praised various directors and heroines. And we thought that they would also talk about South cinema in such great detail. But they just showed a still image of MGR (M.G. Ramachandran) and Jayalalithaa dancing. They described it as South Indian cinema. And Prem Nazir, who played a hero in a record number of films in the history of Indian cinema, they showed his picture and that was it."

He said renowned south Indian actors like Dr Rajkumar, Vishnuvardhan, N.T. Rama Rao and Sivaji Ganesan who were demigods for people in the south were not mentioned at all. "For me, it was humiliating. I felt very sad. They projected only Hindi cinema as Indian cinema. And they dismissed other industries as regional language cinema. They didn't even bother to acknowledge its contribution. It made me so sad. I returned to Chennai and spoke with the media about this incident. The Hindu published a nice article about it. But there was no response to the issue we had raised."

The actor said after so many years, he is proud that the Telugu movie industry proved that they are no longer regional cinema. "Telugu cinema has removed these barriers and become part of Indian cinema. Today we are proud of our cinema. Everyone is amazed at our success. We have overcome the discrimination. Thanks to Baahubali, Baahubali 2 and RRR...We are so proud that Telugu industry has made these films."

While the language debate goes on, Telugu star Chiranjeevi recalled the time South Indian cinema was sidelined at an awards function... pic.twitter.com/sMALFJTldl

The remarks by the actor comes close on the heels of an exchange between Bollywood actor Ajay Devgn and South star Kichcha Sudeep on Hindi. Reacting to a remark by Sudeep that Hindi was no longer the national language, Devgn had said Hindi was, is and will always be our national language and sought to know why Kannada movies are dubbed and released in Hindi.