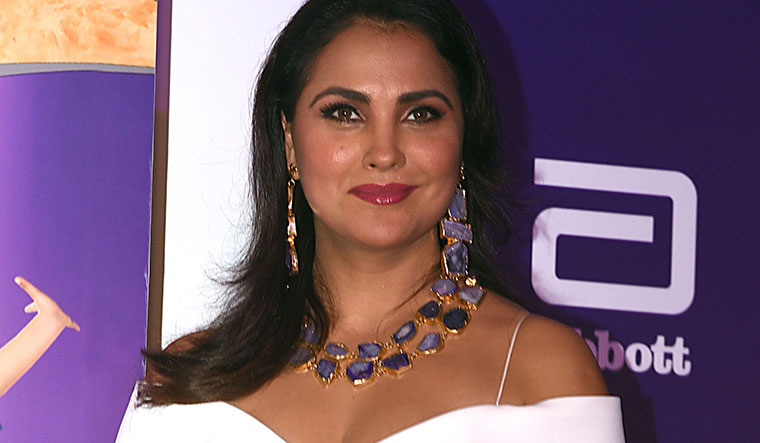 Lara Dutta has just come out with her brand, the House of Arias. She has featured in three webs series since 2020 and says that the OTT has "really changed the way roles have been written for women."  She was featured in Hundred (Disney+ Hotstar), her OTT debut in which she played Soumya Shukla, a police officer who isn’t “necessarily the perfect woman,” then in Hiccups & Hookups (Lionsgate Play), she played the role of a single parent who negotiates the daunting world of online dating and in Kaun Banega Shikharwati (ZEE5) she was one of the four heiresses to a vanishing royal fortune.

In an interview with THE WEEK, she talks about her brand which is into skincare, home decor, including furnishings, glassware, cutlery, cookware.

Tell us about your latest venture, House of Arias

I've always maintained that even when I was part of the industry, that just being an actor or being a part of the film industry is not the be all and end all of my life. And I wanted to pursue entrepreneurship because that's something that's I’ve very naturally been drawn to. I've spent 26 years in the beauty and glamour industry with some of the best skincare and makeup artists across the world but I found that in India we didn't have any one homegrown Indian brand that was made for the Indian skin type in mind despite all the international brands available here.

A product that's developed in North America or Europe or the East doesn't really cater to the way Indian skin is. For me it was very important to understand that I wanted to create a brand that understood genetically how Indians are, our climatic conditions and the kind of pollution levels we face. I found that in creating Arias, we were able to create a brand that was extremely affordable for women, and didn't compromise on the quality of the product. I genuinely feel that women shouldn't compromise on their skincare and having good skin doesn't necessarily come at a really expensive price. Arias was born, as a result of two and a half years in research and development and we launched three years ago. Arias Home is available across India. So, my idea is very clear. I love being a woman's woman. Arias covers skincare, home decor and child care.

So, most women I found while I was doing my RnD, were confused as to what they're supposed to use. Like, is my skin only going to be protected if I use all of these products? The idea is to simplify skincare and to have you covered with the least number of products on your skin. And I've been a firm believer, I mean, I'm 44 years old this year, I think I'm blessed yes genetically with a great skin and despite the wear and tear over the years I have still managed to keep it intact. And I think a big reason for that is that I don't load it with a million different products. That's the kind of knowledge that I'm trying to give to women today that you don't have to have one cream of every kind in your bathroom cabinets in order to have great skin.

How did Lara the actor turn into an entrepreneur? You started around 2003-04 as an actor. From then till 2011-12 you had a film almost every year but after that your film projects have been few and far between. Why don't we see as much of you on screen now?

You cannot take Lara the actor out of my system because that is a very big part of my personality. I never really wanted to be a star; I only wanted to be an actor. And I'm finally getting the kind of roles that I've always wanted, finally playing the kinds of characters that I've always wanted to portray. So I honestly would say in terms of my craft, in terms of the kind of work that I want to do this, honestly, is the golden period of my life.

And I'm also somebody who's very clear about their priorities. In 2011 I got married and the next year our daughter was born. And I have been very aware of the person I married - you know tennis players only have these many years to be at the top of their profession. It was very important for us that once we decided to have a child, we had an unspoken agreement between us that at any given point of time, one of us would always be there to give time. And I think Mahesh had the last few years of his career to ride out. He still continued winning grand slams even after Saira was born. I had reached a stage where I wasn't thrilled with the kind of roles i was offered, it felt like I was stuck in a rut with the same kind of roles. My priority was that I wanted to be with my child, enjoy that phase of motherhood and travel with my husband on tour. I wanted my child to be with us on tours and witness some of the greatest players on the field. I have no regrets for stepping back or taking a sabbatical because I really enjoyed that phase.

You stepped back into the limelight just when the OTT space began booming.

The advent of OTT completely changed the landscape for the roles women were getting and then I decided to step back in. Yes, over the years, right now more than ever before my parameters for choosing a role has changed: It greatly depends whether it is worth stepping away from my duties as a mother, or away from the businesses that I'm trying to build, you know, so these are definitely factors that determine whether a project is worth taking.

Will we see less of you on-screen now?

No, I don't think so. I mean, this is a golden period, honestly, for any actor. There's been an incredible evolution when it comes to female characters on screen far more than they have actually been with male male characters. But I think the women and the way we have been portrayed has really undergone a massive change in the last couple of years. The way in which characters have been written has been far more exciting than they ever were on screen. I've been very, very blessed to have the amount of work I have done in the last two years especially given the Covid situation. So you definitely won't see less of me on screen. I’m extremely involved in the entire process of creating this brand, every single product, very much involved in the designing, manufacturing, quality control, the packaging, the branding, all of it. I'm extremely hands on. I have an overactive brain and a good delegator and that I think works well for me.

The role of Mrs Gandhi in Bellbottom really changed the milieu for you.

Yes, that was a dream role for me as any actor would want to play that kind of role at least once in her lifetime. The choices that I've made in the last few years resonate with real women. And it's amazing to see the kind of feedback that we receive. And those are the kinds of things that I want to do now.