The late actor plays a soldier in the movie 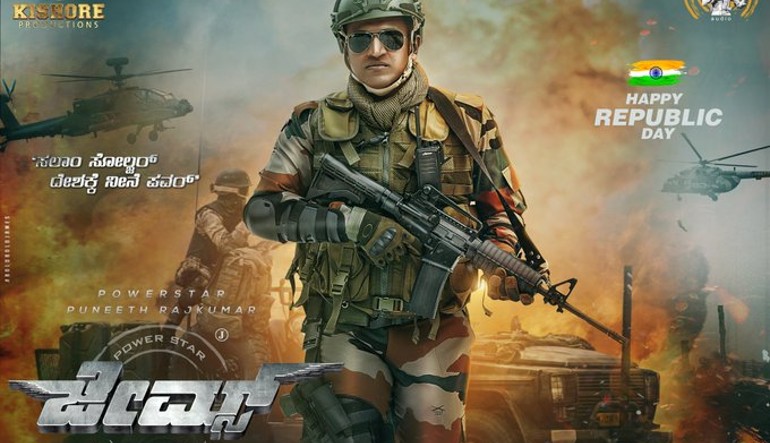 Kannada star Puneeth Rajkumar, who died in October last year, will be seen in the role of a soldier in his swansong James.

The late actor's elder brother Shivarajkumar on Wednesday unveiled the first look of the film on the occasion of India's 73rd Republic Day.

Taking to Twitter, Shivarajkumar shared the poster of Puneeth’s movie James and wrote, "Appu as James.. Happy Republic Day to all."

Puneeth Rajkumar, who was popularly known as 'Powerstar' for his strong performance in a number of commercially-successful Kannada films, passed away at the age of 46 after suffering a cardiac arrest in October 2021.

James is written and directed by Chethan Kumar.

According to media reports, the film is set to release on March 17, coinciding with Puneeth Rajkumar's birth anniversary.

Meanwhile, streaming service Prime Video recently announced that they would release three of Puneeth’s home production films—Man of the Match, One Cut Two Cut and Family Pack—directly on their platform.