“Really appreciate if Vamika’s images are not clicked/ published” 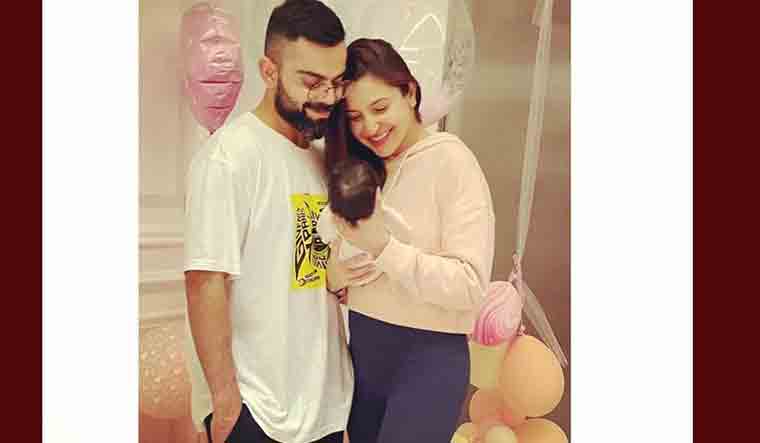 Photos and videos of Anushka Sharma and Virat Kohli’s daughter Vamika went viral on Sunday after she was caught on live camera during the India vs South Africa third and final ODI. The photos have gone viral on social media after the broadcaster played the visual.

Anushka and Kohli who have repeatedly requested privacy for their one-year-old took to social media to share a statement. In an Instagram story, Anushka mentioned how they were caught off guard as they didn’t know the camera was on them. “Hi guys! We realise that our daughter’s images were captured at the stadium yesterday and widely shared thereafter. We want to inform everyone that we were caught off guard and didn’t know that the camera was on us. Our stance and request on the matter stays the same. We would really appreciate if Vamika’s images are not clicked/ published for reasons we have explained earlier. Thank you!,” she wrote.

Kohli also wrote the same on his Instagram story.

In January last year, the couple had written a note to the paparazzi fraternity in Mumbai, urging them to respect their daughter’s privacy. Expressing their gratitude, Anushka and Virat said they are thankful for all the love being showered on them. "As parents, we have a simple request to make to you. We want to protect the privacy of our child and we need your help and support," the couple said in the statement. They further assured paparazzi they will share the "content" at the right time.

"While, we will always ensure that you get all the content you need featuring us, we would request you to kindly not take or carry any content that has our child. We know that you will understand where we are coming from and we thank you for the same," they said.

Later, during an Ask Me Anything session on Instagram, Kohli said they have decided not to put out their daughter’s pictures till she has an understanding of social media and can make her own choice.