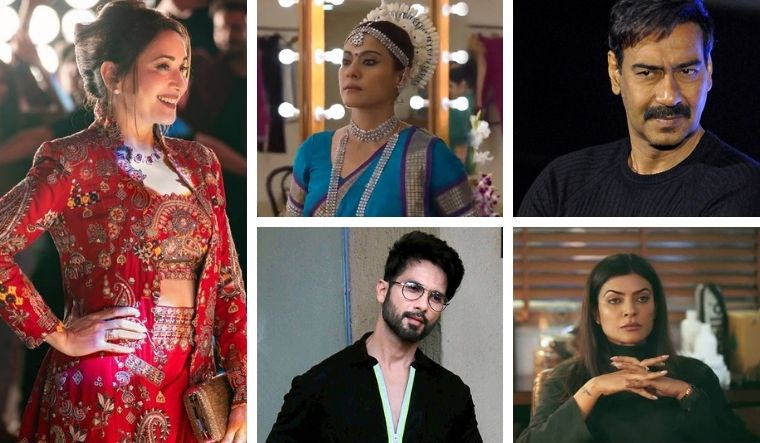 The opportunity to create a wide variety of content with global reach is encouraging filmmakers and actors to go digital. After the pandemic brought the entertainment industry to a standstill, filmmakers and production houses had to choose to release their works through OTT platforms. In 2020 itself, there were more than 50 Bollywood releases on OTT platforms.

Though there were a few OTT releases in Bollywood even before the pandemic, like Vicky Kaushal-starrer Love Per Square Foot, digital platforms have gained more prominence now. Amitabh Bachchan’s Gulabo Sitabo was the first major Bollywood film to skip theatrical release and debut on a streaming platform amid the pandemic. The popularity of streaming services in our lives has only increased since then.

Interestingly, streaming platforms have also made way for the comeback of many talented actors who had taken a break from the big screen. With diverse content and non-stereotypical roles, OTT platforms have opened up a new space for these actors, and audiences are thrilled to watch them perform again.

Former beauty queen and actress Sushmita Sen made her acting comeback after a decade through the web series Aarya, which also bagged an International Emmys nomination. She recently announced the second season of the show. Raveena Tandon, who has been in the showbiz for over 30 years now, recently made her way back digitally through Netflix thriller series Aranyak. She said that OTT platforms offered a lot of shows that portrayed strong women as central characters and that she was glad to be part of this change.

Poonam Dhillon who is back in the game seemed to enjoy the transition to OTT. She had mentioned in an interview earlier that she is glad to see the change and how there are more opportunities when it comes to OTT platforms. Kajol, too, earnred praises for her comeback through Netflix release Tribhanga last year. “Dhak Dhak” dancer and actress Shilpa Shetty also made her comeback through the dgitla platform last year— Hungama 2 released on Disney plus Hotstar. After a decade-long break, Pooja Bhatt returned to acting through the Netflix Series Bombay Begums.

Actor Saif Ali Khan, who had already made his appearance on OTT through Sacred Games, was among the first mainstream Bollywood actors to enter the digital medium. He always had a positive outlook towards the medium and believed that OTT allowed people to see everyone as equals.

This year, too, many popular big-screen actors are set to make their digital debut. Actor Ajay Devgn is foraying into the digital space with the crime-drama series Rudra: The Edge of Darkness. Shahid Kapoor is excited and anxious at the same time to mark his presence on OTT through Raj and DK’s drama-thriller series that will release on Amazon Prime Video later this year. Finding Anamika, a Netflix release, will also mark the debut of actress-dancer Madhuri Dixit. The movie is a suspenseful family drama and also stars Sanjay Kapoor who has already marked his presence on OTT through Lust Stories, The Gone Game and The Last Hour.

Popular comedian and TV show host Kapil Sharma is set to tickle your funny bone on Netflix as well. The trailer for his Netflix show I’m Not Done Yet, which marks his digital debut, is already making headlines. Kareena Kapoor Khan has also hinted about an OTT release soon to mark her comeback after a short break from movies. Juhi Chawla, Soha Ali Khan, Sonakshi Sinha and Jaya Bachchan are some other actresses who are expected to have an OTT release this year.

Many others are yet to announce their digital release but one thing is guaranteed—everyone is excited to be back in the business through the digital platforms.