A quick look at movies, series releasing this week 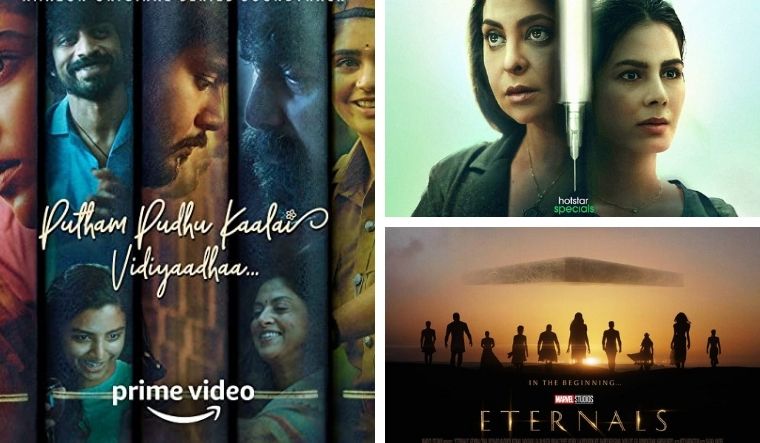 With surge in COVID-19 cases again and restrictions imposed in many states, many highly anticipated theatrical releases have been delayed. So here is a quick look at what you can watch on streaming platforms this week.

The Tamil anthology follows stories of love, resilience, and humanity, set against the "life-altering challenges of the second COVID lockdown". It is the second instalment of the previously released Tamil anthology Putham Pudhu Kaalai. The anthology features Joju George, Nadiya Moidu, Lijomol Jose, Arjun Das and Aishwarya Lekshmi among others.

Directed by Jennifer Kluska and Derek Drymon, this is the fourth and final installment in the franchise. Singer Selena Gomez, who spent close to a decade voicing Mavis in the films, said it was hard to say goodbye to the franchise. “Obviously it was so much fun and it was years of my life and it felt like home. It felt like a family. So it's bittersweet,” she said. The film also features the voices of Andy Samberg (Mavis' husband Jonathan), Brian Hull (Drac), Jim Gaffigan (Van Helsing), Kathryn Hahn (Ericka), Steve Buscemi (Wayne), Molly Shannon (Wanda), David Spade (Griffin the Invisible Man) and Keegan-Michael Key (Murray).