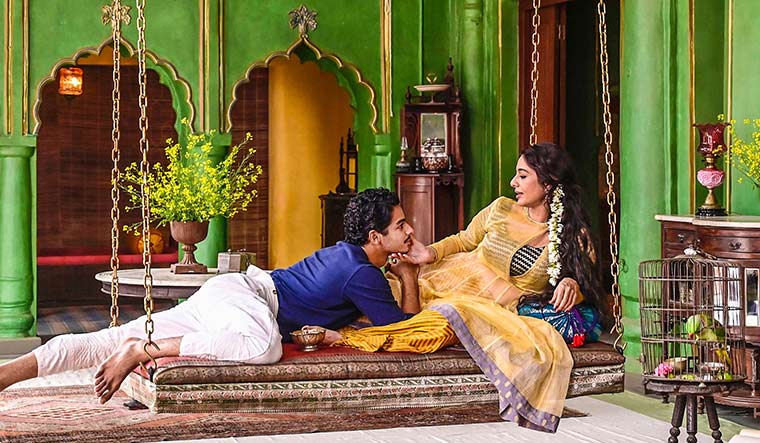 A legal notice has been sent to Mira Nair and others by the All India Shia Personal Law Board for the depiction of a ‘tazia’ in the web series A Suitable Boy. The notice alleges that the religious sentiments of millions of people have been hurt and their religious beliefs insulted.

The notice has been drafted by Syed Mohammed Haider Rizvi who is the president of the legal cell of the Board.

The objection in the notice is to episode 4 of Season 1. “…at 43:30 minutes…you have desecrated a “Tazia” when you have shown it falling to the ground. This particular scene has not just hurt the sentiments of lakhs of people (belonging to different religions, faiths, beliefs and walks of life) who consider a “ Tazia” to be the most sacrosanct and keep it at the highest pedestal, but has also invoked religious fervour of sorts amongst them”, it reads.

The notice further mentions “Tazia is a replica of the mausoleum of Imam Hussain … who stared into the eyes of imminent annihilation but refused to bow down to evil and an oppressive ruler Yazid, who in consequence killed him and almost his entire family on the sands of Karbala in Iraq. Imam Hussain, though martyred centuries ago, but his message of peace and humanity still resonates in the hearts and minds of people at large and has been a source of solace and courage during their testing times..”

A tazia, notes the letter is not just any religious object but something so sacrosanct that the entire Taziadar community preserves and protects with their lives till it is “laid to rest” on the 10th of Moharram or the Chehallum or different dates during the period of Muharram mourning”.

While the notice grants that the makers enjoy the Freedom of Speech and Expression, it also draws attention to Section 295 of the Indian Penal Code which reads, “Deliberate and malicious acts, intended to outrage religious feelings… Whoever, with the deliberate and malicious intention of outraging the religious feelings of any class of citizens of India, by words, either spoken or written, or by signs or by visible representations or otherwise, insults or attempts to insult the religion or the religious beliefs of that class, shall be punished with imprisonment of either description for a term which may extend to three years, or with fine, or with both.

It calls for deleting the offensive scene from the series and issuing a public apology for depicting the same. “It is needless to say that any act of yours which is contrary to what has been instructed above would invite initiation of criminal proceedings against you inter-alia under section 295 A Indian Penal Code, besides initiating further suitable action against you, at your risks, costs and consequences throughout”, concludes the notice.

The notice has been sent to Nair, who is the director of the series, and her co-director Shimit Amin. Others named in. the notice are Lydia Dean Pilcher and Aradhana Seth (producers), BBC studio, Vinyard Films and Netflix (distributors) and ministers Anurag Thakur (Information and Broadcasting) and Mukhtar Abbas Naqvi (Minority Affairs).

The six-episode first season of A Suitable Boy- an adaptation of Vikram Seth’s novel premiered on Netflix on July 26, 2020, in Bengali, Hindi, English and Urdu.

It has attracted controversy even earlier when the Madhya Pradesh Home Minister Narottam Mishra objected to a scene in which two characters are kissing in the premises of a temple.