The 10th edition of DIFF goes online on November 4 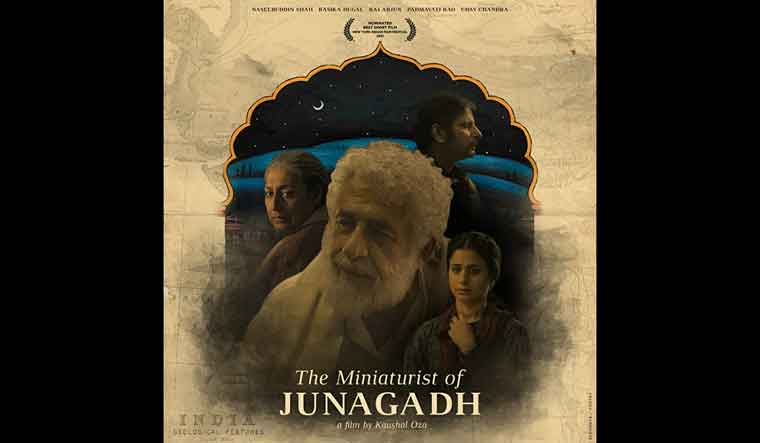 In a pre-Covid era, the vibrant, scenic hill town of McLeod Ganj would have been abuzz with dedicated cinephiles at this time of the year. Known as "Little Lhasa" and home to the Tibetan spiritual leader the 14th Dalai Lama, McLeod Ganj has also been hosting one of the leading independent film festivals in India—the Dharamshala International Film Festival (DIFF) which was started in 2012 by filmmakers and longtime Dharamshala residents Ritu Sarin and Tenzing Sonam.

No other Indian film festival since then has quite managed to surpass the heady charm of watching alternative cinema in the middle of lush mountains. But while we still gingerly trace back steps to normalcy, one can still look forward to a wealth of great films at the 10th edition of DIFF which goes online from November 4-10. A diverse lineup of Indian and international documentaries, narrative features and shorts, this year’s special programming includes Hansal Mehta (Shahid, Scam 1992: The Harshad Mehta Story), Anup Singh (Qissa), Pushpendra Singh (Laila Aur Satt Geet), Ngawang Choephel (Ganden: A Joyful Land) and Anam Abbas (This Stained Dawn), among others. International films has gems like There is No Evil (dir. Mohammad Rasoulof) winner of the Golden Bear at Berlinale 2020, and Russia’s entry to the Oscars, Dear Comrades (dir. Andrei Konchalovsky). THE WEEK gives a lowdown on the stellar line-up of Indian narrative shorts at the festival.

The Miniaturist of Junagadh: Starring Naseeruddin Shah and Rasika Dugal, and written and directed by Kaushal Oza, the story revolves around an elderly artist Husyn Naqqash who is compelled to sell his ancestral home and move to Karachi, in Pakistan from the princely state of Junagadh in 1947. But when the hard-hearted property buyer Kishorilal learns that Husyn is a famous miniature painter, he plots to cleverly acquire old artist's precious collection. The film draws its inspiration from the book of short fiction The Invisible Collection: Tales of Obsession and Desire by the Austrian author Stefan Zweig whose life and work also inspired The Grand Budapest Hotel, directed by Wes Anderson in 2014. (In Hindi, Urdu; 29 mins)

Bablu Babylon Se: In this dystopian drama, an entity called the ‘Authority’ has privatised all farming and plantation activities in order to curb inflation. All common people are banned from agriculture. So when a lonely, elderly Bablu is sent on an assignment by his employer Babylon, which is a leading corporate brand, he accidentally runs into a rebel group on a secret mission. Not to be confused with an elusive, underground musician Babloo Babylon who is supposed from Jhumri Telaiya in Jharkhand! (In Hindi, 40 mins)

Cheepatakadumpa: Directed by Devashish Makhija who is known for his 2017 feature film Ajji, this curiously titled short film describes itself as an outlandish, freewheeling black comedy featuring three reunited friends, a gorilla, a bull, the full moon, the Kundalini, a tomato and some patriarchy-smashing mischief. In an interview to "Shorted", Makhija mentions how the script was improvised over weeks of rehearsals with the film’s actors who are all students from the India’s National School of Drama and draws on their trials and tribulations of growing up as women in small-town-India. (In Hindi, 24 mins)

Angh: It is 1964. In rural Northeast India, a former headhunter and his son are the last people in their territory to be converted to Christianity. Shot in Nagaland and written and directed by 26-year-old filmmaker Theja Rio, the fictional short is a poignant intergenerational tale about how homogenization depletes ancients customs and traditions. The film revisits a little-known chapter in the history of northeast India through the story of a father and his son. Angh won the Special Jury Award at the 2021 Clermont-Ferrand International Short Film Festival (In Konyak, 22 mins).