Film industry has to pay a price for being high profile: Javed Akhtar on targeting of Bollywood

If you are a nobody, then who has the time to throw stones at you, he asked 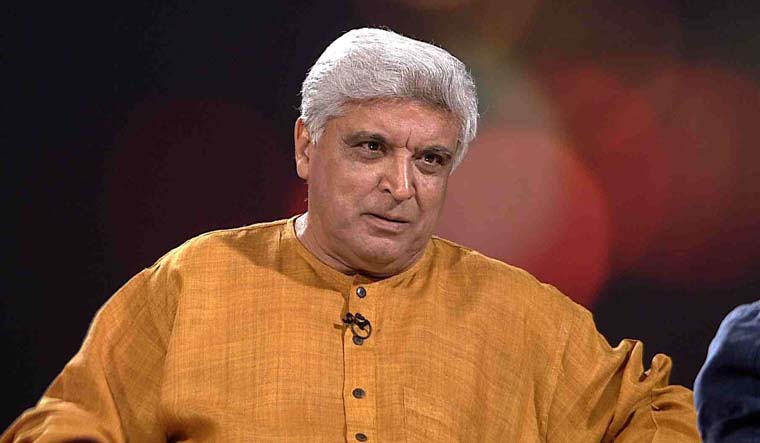 Veteran lyricist Javed Akhtar, on Tuesday, said the Hindi film industry is under the scanner because of its "high profile" nature and it is the "price" it has to pay.

The veteran writer's statement comes at a time when there is a renewed attention on Bollywood and its celebrity culture after superstar Shah Rukh Khan's son Aryan Khan was arrested in connection with a case of alleged seizure of drugs from a cruise ship.

There have been voices on social media that felt the case against Aryan Khan was a deliberate attempt to target the film industry.

When asked if he feels that Bollywood is being routinely targeted with raids, Akhtar told reporters, "This is the price the film industry has to pay for being high profile. When you are high profile, people have fun pulling you down, throwing muck at you. If you are a nobody, then who has the time to throw stones at you?"

Akhtar was speaking at the launch of the book 'Changemakers', written by authors Almas Virani and Sweta Samota.

The 23-year-old was arrested by the Narcotics Control Bureau (NCB) on October 3 from the cruise ship off the Mumbai coast.

Without taking names, Akhtar said the superstar's son's case got more media attention than an alleged "one billion dollar" drug recovery from a port, referring to the seizure of 2,988 kg of heroin at Mundra Port located in Kutch district of Gujarat.

"You find cocaine worth Rs one billion dollar at a port, somewhere else there were 1200 people where ganja and a total sum of Rs 1 lakh 30 thousand is found, according to media reports.

"Now this has become a big national news but I haven't seen any headline on the billion dollar cocaine...," he added.

When asked specifically if he feels Shah Rukh Khan and Aryan Khan are being targeted, Akhtar refused to elaborate.

Aryan Khan is currently lodged in Arthur Road prison in central Mumbai. A special court last week posted his and two others' bail pleas for orders on October 20.