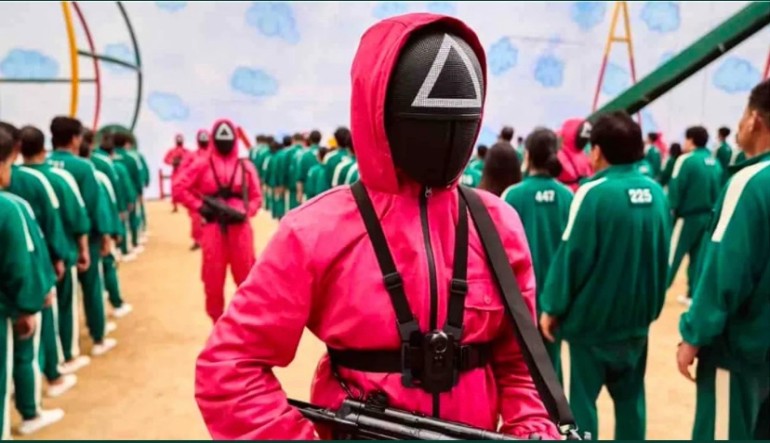 Squid Game, a Netflix show that has been hailed as a crossover between the Oscar winning Korean drama Parasite and the Japanese action-thriller Battle Royale, has caught the imagination of viewers across the world.

The nine-episode survival drama, which was premiered on the streamer on September 17,  has become one of the most popular non-English shows on the platform.

Now, fans of the show in the UAE has been given a chance to experience the excitement of playing the games that are featured in the show, of course without the violence and the certain death that those who fail to complete the games face in the Netflix series.

Korean Cultural Center in the United Arab Emirates has organised an event in which the children's games featured in the series—Red light green light, Dalgona candy challenge, Marbles game and Ddakji Game—can be played.

The event has been scheduled for October 12.

Only UAE residents are eligible to participate. Korean nationals in the UAE are not eligible to take part in the event.

Director of the cultural centre, Nam Chan-woo, had told Khaleej Times that the organisers of the show will be wearing the pink costumes with circle, triangle and square shapes just like the guards in the show and the participants will be wearing green t-shirts with the show's logo.

He said the intention of the event is to introduce the culture of Korea and the childhood games played in the country to a wider audience.

Written and directed by Hwang Dong-hyuk, Squid Game follows a group of 456 people from all walks of life who are invited to play a series of children's games with life-threatening consequences to have a chance to win a 45.6 billion won (USD 38.7 million) prize.