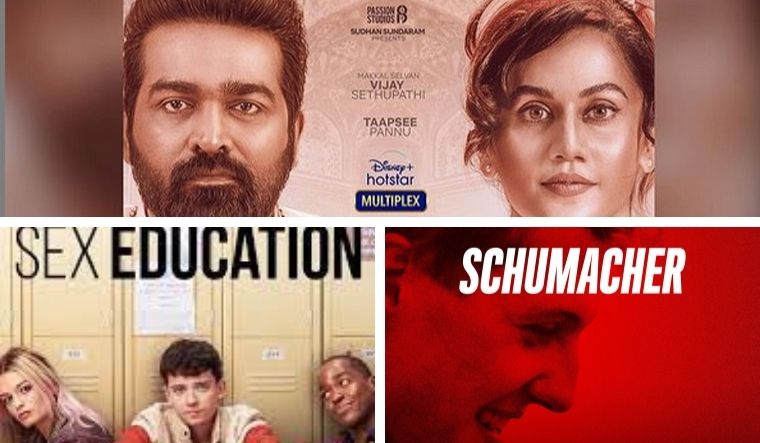 This week is packed with different releases on multiple streaming platforms. From movies to a documentary to highly anticipated seasons of shows, here is a list of what to watch on OTT this week.

This documentary takes viewers deep into the life of Formula 1 icon Michael Schumacher through rare interviews and archive footage, some of them being released for the first time. The documentary endorsed by the Schumacher family is directed by Hanns-Bruno Kammertöns, Vanessa Nöcker and Michael Wech.

One of the most popular TV serials is being brought back as a series featuring Ankita Lokhande and Shaheer Sheikh. While Ankita will reprise her role of Archana in the show, Shaheer will be seen playing Manav, a role earlier essayed by late actor Sushant Singh Rajput. Directed by Nandita Mehra, the series is produced by actor-producer Bhairavi Raichura.

Bell Bottom, starring Akshay Kumar, was the first major film to release in theatres after COVID-19 restrictions were eased amid the second wave. Set in the 1980s, Bell Bottom followed an undercover RAW agent, played by Kumar, who is on a mission to rescue over 200 hostages from a hijacked Indian plane. Directed by Ranjit M Tewari, the espionage thriller also features Lara Dutta, Huma Qureshi and Vaani Kapoor.

Netflix’s favourite teen drama is back with the third season. Created by Laurie Nunn, the British comedy drama is about Asa Butterfield as Otis, an insecure teenager and Gillian Anderson as his mother, Jean, a sex therapist. The cast also include Ncuti Gatwa as Erik, Emma Mackey as Maeve, Connor Swindells as Adam, Aimee Lou Wood as Aimee and Kedar Williams-Stirling as Jackson.

The new season, which will have eight episodes, will see "Otis is having casual sex, Eric and Adam have made their relationship official and Jean has a baby on the way," according to the official plotline.