I'm just an actor who wants to excel: Samantha Akkineni 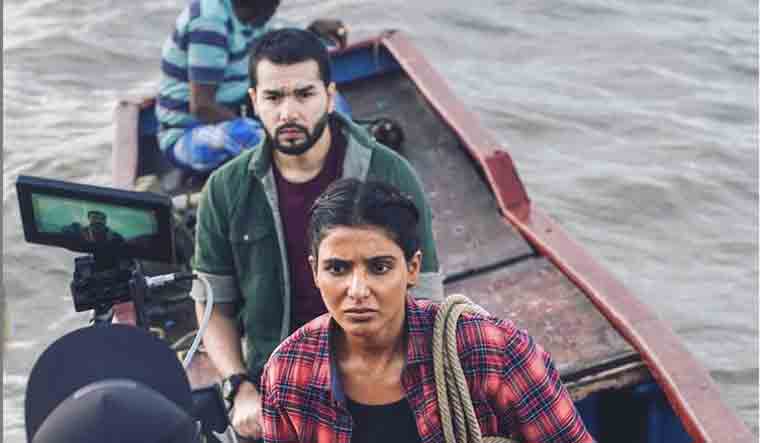 Actor Samantha Akkineni, who became a pan-India sensation following the success of The Family Man season two, says she has never picked up roles based on her perceived image as a star.

Taking up Amazon Prime Video's The Family Man, a predominantly Hindi web series directed by Raj Nidimoru and Krishna DK, was just another attempt at doing something she hasn't done before, she said.

"I don't think any of my decisions have been made based on my star image. I never made such calls. I don't even know what exactly my star image is. I'm just an actor who wants to excel.

"I'm a very greedy actor who wants to be offered everything, to constantly try evolving, trying to better my craft. Generally, I pick roles I don't think I can pull off. There's great fun in that," Akkineni said.

The second season of the critically acclaimed show saw Akkineni in the role of Raji, a Sri Lankan Tamil liberation fighter, who faces off against the intelligence agent Srikant Tiwari, played by series lead Manoj Bajpayee.

Akkineni, whose credits include Telugu and Tamil films like Eega, Mahanati, Mersal, and Super Deluxe, also addressed the controversy around "The Family Man".

Ahead of the release of the new chapter in June, there were calls for a boycott of the series in Tamil Nadu, including IT Minister T Mano Thangaraj, over its alleged depiction of Eelam Tamils.

While the show mostly received favourable reviews, especially for Akkineni's performance, many also slammed the makers for 'brown facing' the rather fair-skinned actor.

All in all, the Chennai-born star said she looks back on the experience "only with love".

"I did not play Raji as a villain. She was just on the wrong side of history. She was loyal to her cause and that was it. I did not even for one moment think of her as a villain.

"I just gave my 100 per cent. When the backlash and the trolling happened... a lot of people were asking me to comment. But I just wanted to wait for the show to come out and for people to see what we've done." Akkineni said though her portrayal came from "a place of honesty", she apologised to those who took offence.

"If some of them still have any resentment I sincerely apologise for anything that I did that offended them. I wasn't trying to offend anyone," she said.

Last week, Akkineni won the best actress award (series) for "The Family Man 2" at the Indian Film Festival of Melbourne 2021. Bajpayee was named best actor (series) at the movie gala.

"This is my first award for my performance. This just feels very special," she said. After The Family Man, the quality of Hindi content being offered to her has improved "very much", the actor said.

"I'm very happy with the kind of content that is now being offered. Actors can dream of being offered such varied content and I'm extremely grateful for everything 'The Family Man' has given me and opened new doors for me. Thankful to the team and to everyone who thought of me to play this role." Akkineni is on a break for a month or two, after which she plans to take on new scripts and challenges.

"I'm so happy that after 11 years I can finally say that I have nothing in the pipeline! I'm content where I am and now I'm just looking for what can surprise me next," she said.

The actor will next be seen in "Shaakuntalam" (Telugu) and "Kaathu Vaakula Rendu Kaadhal" (Tamil).