A few hours after the film's release, Dancing Rose was a social media phenomenon 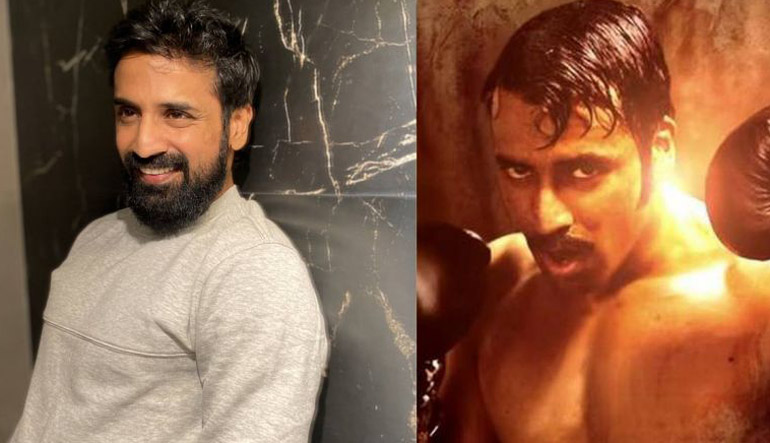 He is a boxer, but can also dance. His footwork, movements, and theatrics in the ring are legendary. He reminds the audience of British boxer Naseem Hamed aka Prince Naseem, as he hurls himself into the ring. Meet Rose, alias Dancing Rose, the dancing boxer who won hearts of movie lovers with a spectacular performance in director Pa Ranjith’s Sarpatta Parambarai.

While Sarpatta Parambarai had many outstanding performances—Pasupathy's Rangan Vaathiyar, John Vijay's Daddy among others—it was Shabeer Kallarakkal who mesmerized all with his Dancing Rose act. A few hours after the film's release on Amazon Prime, Dancing Rose was a social media phenomenon.

Shabeer, a theatre artist and fitness enthusiast, hailing from Vadakara in Kerala's Calicut, says, “Dancing Rose is a quirky guy.”

The role did not come easy to him. Ranjith chose him after an audition in December 2019. Shabeer says he joined the movie only after a few sequences were shot. “Someone else was supposed to play this role. But because he did not fit in, Ranjith sir chose me after the audition,” Shabeer tells THE WEEK.

Shabeer is delighted by the rave reviews for the movie, especially the praise lavished on him. “I was called for an audition by Ranjith on casting director Nithya’s suggestion. I did a particular scene during the audition. But it is not there in the movie,” he says.

A fitness enthusiast who is also trained Kaladi Kuthuvarisai—a popular form of martial art in South India—kick boxing and Muay Thai, boxing and dancing came very easily to Shabeer. So it was easy for him to get into the skin of the character when it was explained to him by Ranjith and Tamil Prabha.

Though raised in Chennai and fluent in Tamil, dubbing for the movie was not easy as he had to master Madras Tamil. “The pronunciations were completely different. Not just that, even the mouth movements had to match during the dialogue delivery. It was Tamil Prabha’s detailing that brought every character alive,” says Shabeer.

Speaking about the boxing sequences with Arya's Kabilan, he says, “There was nothing more we shot. Whatever you see in the movie in the boxing ring between Kabilan and Rose was done on a single day.”

Shabeer did not sit down even for a minute when the boxing sequence was shot. In fact, Ranjith was very particular that every boxer in the movie, not just the hero, imbibed a unique boxing style. In fact, the hero was based on Muhammad Ali, while the villain, Vembuli (played by John Kokken), was based on Mike Tyson and Dancing Rose on Naseem Hamed. Shabeer, who used to box even before he was chosen for the role, went into intense training for the movie, and also read and learned more about the legendary boxer on whom his character was modeled. He managed to incorporate the movements of Hamed to bring Dancing Rose alive in the ring.

The shooting happened between lockdowns and Shabeer had to stay in perfect shape. He had a personal gym at his house in Chennai where he trained and boxed.

Nonetheless, Shabeer is huge fan of Ranjith and his scripts, beginning from Attakathi and Madras. “I do not remember Attakathi much. But Madras was such a wonderful movie and Ranjith is one such director who can tell strong stories and make an impact on the audience.”

Shabeer’s career in cinema began in 2014 when he debuted in Nerungi Vaa Muthamidathe. After this, he did a few supporting roles in movies like Adanga Maru, Petta and Teddy. “I want to do serious movies, action roles and also masala movies, whichever comes my way. There have been many calls now,” he says.

Ask him what his close friends and family say about his performance as Dancing Rose, he says, “Friends appreciated me and I am happy.” But Shabeer is yet to get a “yes” from his mother who has never approved his cinema career, though she doesn’t mind him being what he wants to be.