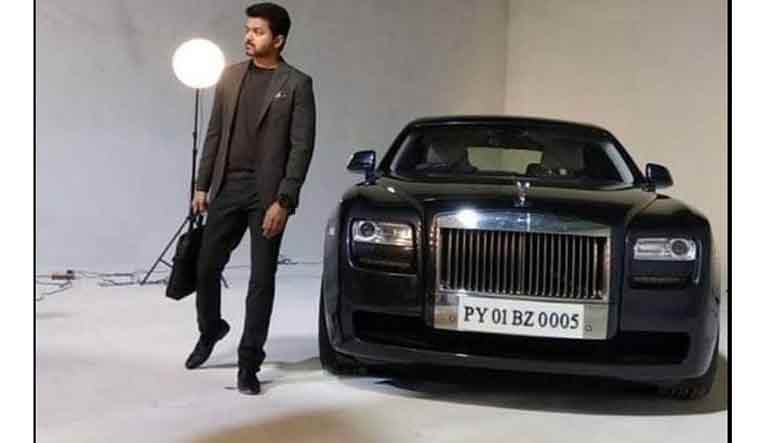 A Division Bench of the Madras High Court on Tuesday stayed a critical order passed by a single judge recently while dismissing a writ petition filed by actor Vijay, seeking entry tax exemption for his Rolls Royce Ghost car, imported from England in 2012.

Vijay had appealed to the division bench aggrieved by the "unjust and derogatory" remarks made by the single bench against him and the acting community. His counsel Senior Advocate Vijay Narayan made it clear before the division bench that he was not challenging the entry tax demand, and was only challenging the scathing observations in the jugment, Live Law stated in a report. Vijay's counsel said the actor was willing to pay the entire tax amount.

While staying the single bench order, a division bench comprising Justices S Duraiswamy and R. Hemalatha directed Vijay to pay the balance 80 per cent entry tax within a week after the demand challan is issued by the tax department.

On July 13, Justice S.M. Subramaniam had imposed a fineof Rs 1 lakh to be paid by the actor to the Tamil Nadu Chief Minister’s Public Relief Fund. In the judgment, Justice S.M. Subramaniam came down heavily on actors for avoiding payment of taxes and highlighted how important this revenue was for building infrastructure. The judge also commented on how in real life, the behaviour of actors was in stark contrast to their roles onscreen in which they portray themselves as 'champions of social justice. He said: “These actors portray themselves as champions of social justice. Their movies are against corrupt activities in the society. But, they are evading tax and acting in a manner which is not in consonance with the provisions of the statutes.”

The actor's legal team pointed out that though Justice Subramaniam has dealt with other cases involving luxury cars earlier, it was only in Vijay’s case that he made derogatory remarks,