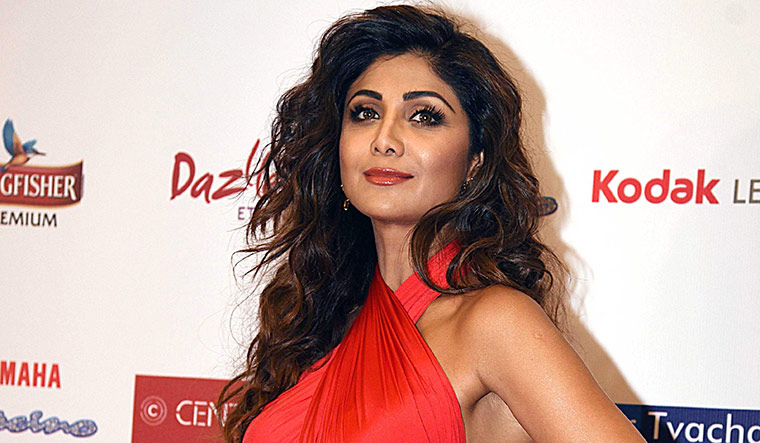 Plank power: Indians have another reason to celebrate. We made it to the Guinness World Records for the highest number of people (2,533) holding the plank position for 60 seconds. The previous record was held by China with 1,779 people doing it at the Central Park in Lu’an last year. Three cheers to Shilpa Shetty Kundra, who led the initiative | AFP

Kundra, 45, was arrested by the crime branch on Monday night in a case, which it said, related to alleged creation of pornographic films and publishing them through some apps. On Friday, a court in Mumbai extended Kundra's police custody till July 27.

Shetty, whose comeback film Hungama 2 released on the steaming platform Disney + Hotstar on Friday, said the Priyadarshan-directed comedy is a result of "relentless" hard work of the entire team and should not suffer.

"I believe and practice the teachings of Yoga. 'The only place where life exists is the present moment, now.' Hungama 2 involves the relentless efforts of an entire team that's worked very hard to make a good film, and the film shouldn't suffer… ever," Shetty tweeted. In another tweet, the 46-year-old actor requested her fans to watch the film and honour the contribution of those involved with the project.

"So today, I request you all to watch Hungama 2 with your families to put a smile on your face and for the sake of every single person attached to the film. Thank you." The tweets come a day after Shetty made her first post on social media since Kundra's arrest.

Taking to Instagram story late Thursday night, the actor posted a quote by American author James Thurber that read, "Do not look back in anger; or forward in fear but around in awareness." "I take a deep breath, knowing that I'm lucky to be alive. I have survived challenges in the past and will survive challenges in the future. Nothing need distract me from living my life today," the quote that she shared read.

According to the police, there were several WhatsApp chats that revealed that Kundra was involved in the financial dealings of an app and its contents. The police also said three women have come forward with complaints in the case, saying they were "forced to act in pornographic movies".

The accused persons took advantage of struggling models, actors and other workers and made them work in these movies, the police added. Kundra was taken into custody on Monday night by the city police's crime branch after being booked under relevant sections of the Indian Penal Code and the Information Technology Act.