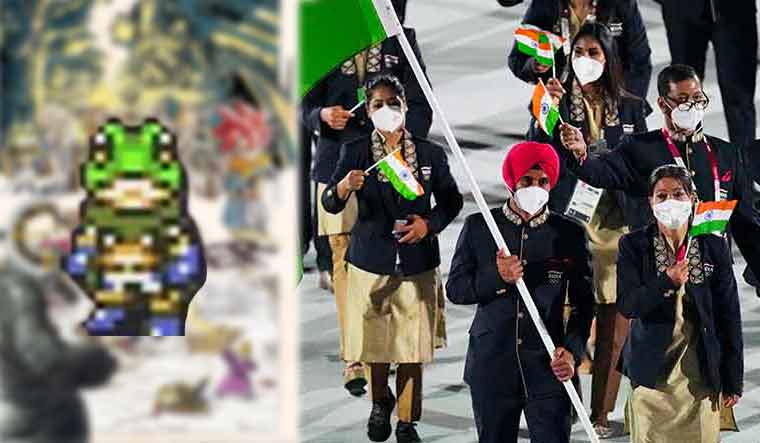 As the Olympic athletes from various contingents marched at the opening ceremony of Tokyo 2020, sharp-eared videogamers may have identified a tune or two: Rather than the generic orchestral compositions often played as background music, the organisers of Tokyo 2020 have opted for a selection of videogame soundtracks from popular franchises played across the world.

While the catchy tune from the first level of Super Mario Bros did not make the list, other songs from popular Japanese video games were featured. These include soundtracks from series like Dragon Quest, Final Fantasy, Monster Hunter, Kingdom Hearts, Chrono trigger, Ace Combat, Sonic the Hedgehod, Pro Evolution Soccer and others.

For the Indian contingent, the song that was played was “Frog’s theme” from the Chrono Trigger series.

Nikkan Sports put up a list of all the soundtracks used:

Japan’s most popular exports come not from its tech or automotive sectors, but rather, from its videogame industry. The world’s highest grossing media franchise, Pokemon, has its origins in a 1996 videogame and has seen over 380 million copies sold around the world.

The videogame element of Tokyo 2020 was even adopted by Google: An interactive JRPG-style browser-based videogame was Alphabet’s way of welcoming the latest iteration of the Olympics.

With this being the first Olympics being held in Japan since the 1998 Winter Olympics and the first Summer Olympics since 1964, Japan pulled out all the stops on its cultural soft power to attract attention for Tokyo 2020. It was announced that several anime characters would be chosen as “ambassadors” for the Olympics, with Dragon Ball’s “Goku” chosen as one. Later, other anime ambassadors were added from series like One Piece, Naruto, Sailor Moon and Astro Boy, to name a few.