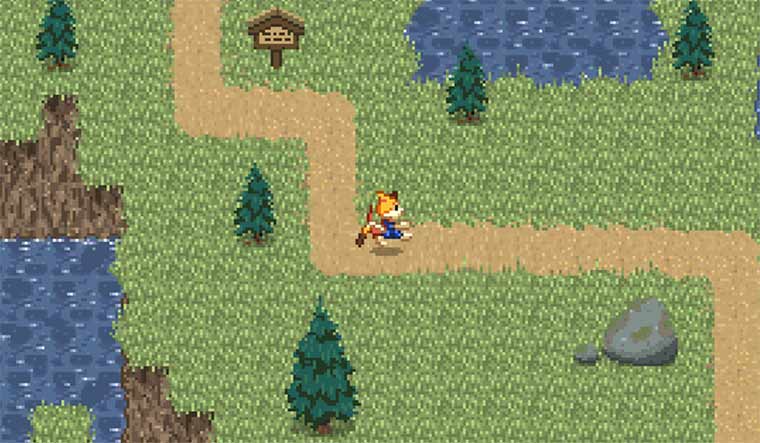 Google Doodles marking any event or occasion of note for a particular country often turn to its most recognisable visual trope. In the case of Tokyo 2020, the Doodle reflects one of Japan’s most iconic contributions to the collective consciousness: Videogames. In particular, 8-bit JRPGs (Japanese Role-Playing Games).

The Doodle Champion Island Games pulls you into a colourful JRPG-styled sports game, blending animated sequences that look inspired by the films of Hayao Miyazaki with the 32-bit videogamey style of games like Pokemon: Fire Red. The game puts you in the shoes of Lucky the Ninja Cat, and lets you explore a series of islands with various Olympic-themed minigames: Table tennis, skateboarding, archery, rugby, swimming, climbing, and marathon running.

The visual language of the game is delightful and is filled with nods to Japanese mythology as well as traditional JRPG tropes, including a host of non-playable characters (NPCs) you can talk to. The controls are simple: A combination of the arrow keys and the space button.

With this Doodle scheduled to run for the length of the Olympics, it tasks players with collecting seven sacred scrolls, attained by defeating each island’s Champion. Players can pick a team from a set of colours at the beginning and, if they’re good, end up on a global leaderboard. Each team is linked to an animal: Ushi (cow), Karasu (a crow), Inari (a fox), and Kappa (a turtle).

The game was made in partnership with Tokyo-based animation studio, Studio 4°C. Interestingly, this studio had worked on the animated adaptation of the events leading up to the Matrix films, 2003’s Animatrix.