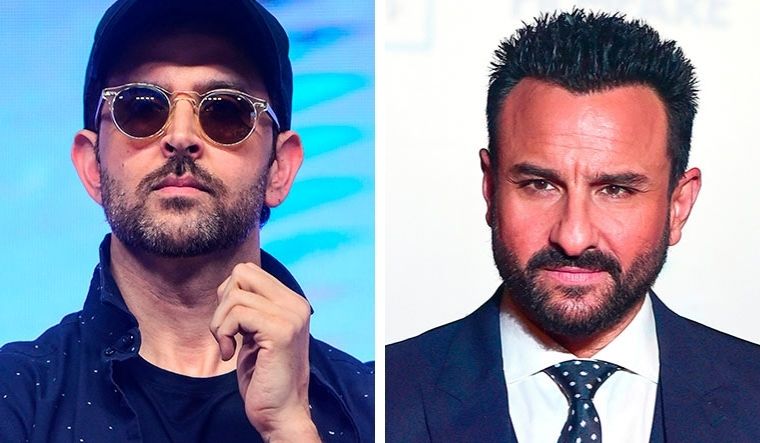 Bollywood stars Hrithik Roshan and Saif Ali Khan are set to play the lead roles in the Hindi remake of Tamil blockbuster Vikram Vedha with the producers planning to release the film next year in September.

The original neo-noir crime thriller, which released in 2017, featured south stars R Madhavan and Vijay Sethupathi. The movie was produced by Sashikanth of YNot Studios.

The film is being remade in Hindi by filmmaker Neeraj Pandey under his company Friday Filmworks in association with Reliance Entertainment and YNot Studios.

“The Hindi remake with Hrithik and Saif is in advanced pre-production stage and will most likely go on floors next month. We are looking to release it on September 30, 2022,” a source close to the film said.

The Tamil movie, directed by Pushkar and Gayathri, had Madhavan playing the role of a hard-nosed cop Vikram and Sethupathi as gangster Vedha.

The writer-directer duo are on board to direct the Hindi remake as well.

Besides this film, Roshan will soon begin shooting for his next action movie Fighter. The patriotic-action-drama, also starring Deepika Padukone, will be directed by Siddharth Anand.

Last month, on the 15th anniversary of his blockbuster superhero film “Krrish”, the superstar promised the return of the popular franchise with the fourth movie in the series.

Khan has adventure-horror-comedy Bhoot Police slated for release on September 17 on Disney + Hotstar VIP. He is also reuniting with Tanhaji: The Unsung Warrior director Om Raut to play Lankesh in Prabhas-starrer Adipurush.