The actor turned 47 on Tuesday 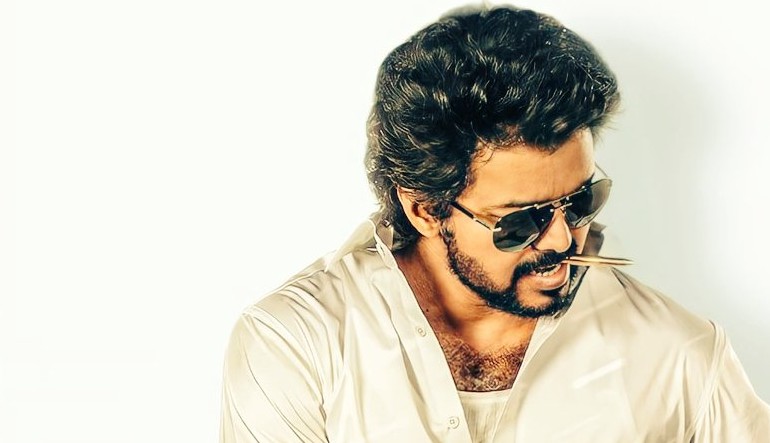 It is celebration time for the fans of Kollywood star Vijay. On June 22, as Vijay, popularly known as Thalapathy, was celebrating his 47th birthday, Sun Pictures, the makers of his next film, released the second look of his movie. The new poster was released at 12am on Tuesday.

Titled Beast, the first look of the movie was released on the eve of this birthday. While the first look poster had Vijay holding a gun, the second poster had the actor with a cigarette in his mouth and loading a gun. Clad in a white shirt, black jeans and shades, the Master star seems to be donning a new look for his upcoming Beast.

Every year on June 22, it has become a tradition to release the first look and posters of the actor's upcoming film.  Sun Pictures, which released the posters, said “ Wishing the #BEAST of Kollywood #ThalapathyVijay a very Happy Birthday! Here is #BeastSecondLook!"

The first poster, released on Monday, went viral. If the first look posters of the movie are anything to go by, Beast is likely be an out and out action thriller.

Beast, the 65th film in Vijay’s career, went to floors in March this year. Produced by Kalanithi Maran’s Sun Pictures and directed by Nelson Dilipkumar, the movie was tentatively called Thalapathy 65. In April, Vijay and the director left for Georgia for the shooting. Vijay’s introduction scene was reportedly shot in Georgia. Vijay had also completed an action sequence during the first shooting schedule in Georgia. The shooting went on for 20 days in Georgia. But as COVID-19 second wave had set in, the makers of the film decided to put the shooting on hold.

It remains to be seen if the shooting of Beast will resume and the movie will hit the screens during Pongal festival in 2022 as planned.

This is Vijay’s fourth film with Sun Pictures, after Sura, Vettaikaran and Sarkar.