Scarlett Johansson says Black Widow was ''sexualised'' in the beginning

It definitely has changed, she said 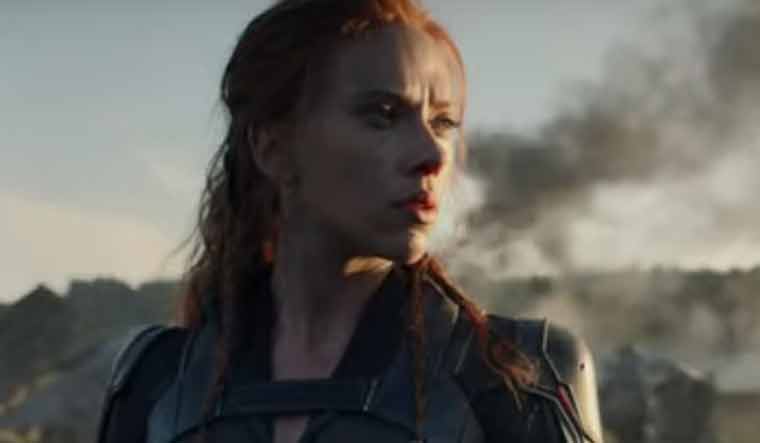 Hollywood star Scarlett Johansson, who is getting a stand-alone movie in the Marvel Cinematic Universe with Black Widow, is happy that the character has undergone a transformation from its early days of "hyper-sexualisation".

Johansson, 35, made her debut as Black Widow in the Robert Downey Jr-starrer Iron Man 2, in 2010 and 11 years later the superhero is getting a solo outing in July this year.

Talking about the character's journey, the Oscar-nominated actor reflected on the changes that have come with time for Black Widow aka Natasha Romanoff, a highly trained former KGB assassin, who becomes an Avenger later.

"It definitely has changed and I think part of that change has probably — it’s hard because I’m inside it, but probably a lot of that is actually from me too. I’ll be 35 years old and I’m a mom and my life is different. Obviously, 10 years have passed and things have happened and I have a much different, more evolved understanding of myself," Johansson told Collider in an interview.

"As a woman, I’m in a different place in my life, you know? And I felt more forgiving of myself, as a woman, and not — sometimes probably not enough. I’m more accepting of myself, I think. All of that is related to that move away from the kind of hyper-sexualization of this character and, I mean, you look back at ''Iron Man 2'' and while it was really fun and had a lot of great moments in it, the character is so sexualised, you know?"

The actor said her character is talked about in Iron Man 2 like "she's a piece of something, like a possession or a thing or whatever — like a piece of a**, really."

Referring to a scene when Black Widow knocks out Tony Stark/Iron Man's (Downey Jr) right-hand man Happy Hogan (played by director Jon Favreau) in the boxing ring with an impressed tycoon later telling Gwyneth Paltrow's Pepper Potts, "I want one", Johansson said maybe that felt like a compliment but not so much now.

"Yeah and at one point calls her a piece of meat and maybe at that time that actually felt like a compliment. You know what I mean? Because my thinking was different. Maybe I even would have, you know, my own self-worth was probably measured against that type of comment or, like a lot of young women, you come into your own and you understand your own self-worth.

"It’s changing now. Now people, young girls, are getting a much more positive message, but it’s been incredible to be a part of that shift and be able to come out the other side and be a part of that old story, but also progress. Evolve. I think it’s pretty cool," she told the portal.

In the new film, also starring Florence Pugh, David Harbour and Rachel Weisz, Black Widow confronts the darker parts of her ledger when a dangerous conspiracy with ties to her past arises, forcing her to deal with her history as a spy and the broken relationships left behind.