I've spent numerous nights without food and sleep, she said 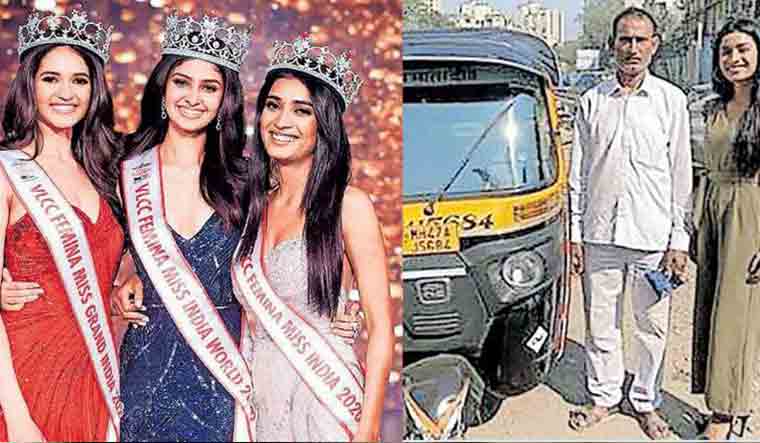 After the winners of VLCC Femina Miss India 2020 were announced on Wednesday, the story of runner-up Manya Singh has touched hearts and is trending on the internet.

For Manya, daughter of an autorickshaw driver from Uttar Pradesh, the victory is the result of a long journey of struggle. “She has struggled a lot in life till date, from not being able to pay her school fees, not being able to afford books and being neglected by her classmates for being an auto driver’s daughter. She was called “not good-looking” and was disregarded by others for not being able to speak fluently like others,” official Instagram handle of Miss India wrote in a post about her in December.

"I've spent numerous nights without food and sleep. I've spent many afternoons walking for miles on end. My blood, sweat, and tears have amalgamated into courage to pursue my dreams. Being a rickshaw driver's daughter, I never had the opportunity to attend school as I had to start working in my teens. All the clothes I had were hand-me-downs. I yearned for books, but luck wasn't in my favour,” she had said while sharing about her struggles earlier.

Her parents had to mortgage whatever little jewellery her mother had, to pay her exam fees in college.