Rishi thought Rajiv was most talented among Kapoor siblings: Book 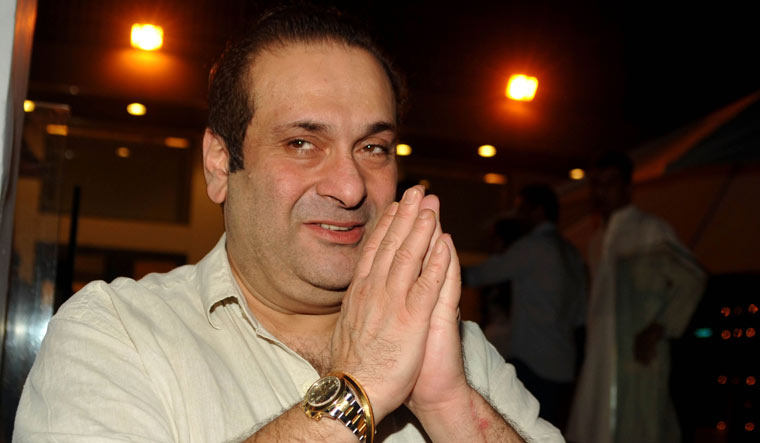 Actor Rishi Kapoor thought his younger brother Rajiv Kapoor was the most talented among the filmmaker-actor siblings of the Kapoor cinema clan but he could never realise his true potential.

Rajiv Kapoor, who passed away Tuesday afternoon in Mumbai following a heart attack, was also a gifted pianist, had a knack for music and was a skilled film editor, believed the late brother of Rajiv Kapoor.

Rishi Kapoor, who passed away in April 2020, had made these admissions about Rajiv Kapoor in his autobiography "Khullam Khulla: Rishi Kapoor Uncensored", co-authored by Meena Iyer and published by Harper Collins in 2017.

In the book, Rishi Kapoor revealed that he was closer to Randhir Kapoor, who was five years older to him, than Rajiv Kapoor, the youngest of the five siblings. Rishi Kapoor and Rajiv Kapoor shared an "uneasy relationship" that they were able bridge even over time, it says.

"I worry a lot about Chimpu (Rajiv's nickname) and feel sad that he has never been able to realize his true potential. He is the most talented of us and has an uncanny ear for music. He plays the piano superbly without ever learning it," Rishi Kapoor said in the book.

In an acting career spanning less than a decade, Rajiv Kapoor made his debut in "Ek Jaan Hain Hum" (1983) and starred in the blockbuster "Ram Teri Ganga Maili" (1985).

He went on to feature in films like "Aasmaan", "Lover Boy", "Zabardast" and "Hum To Chale Pardes". Rajiv Kapoor's last film as a leading man was 1990's "Zimmedaar".

A lesser known face from the famous film family, he then made a switch to production and direction. His first production was "Henna" (1991), directed by Randhir Kapoor.

In his autobiography, Rishi Kapoor also praised Rajiv Kapoor's film editing skills, something he realised during the making of "Aa Ab Laut Chalein", produced under the family's RK Films banner.

"He did a commendable job as editor on my film 'Aa Ab Laut Chalen' (1999) and could have been the best in the field, if only he had applied himself better," Rishi Kapoor said in the book.