Dhanush sings for AR Rahman for Bollywood film ‘Atrangi Re’ 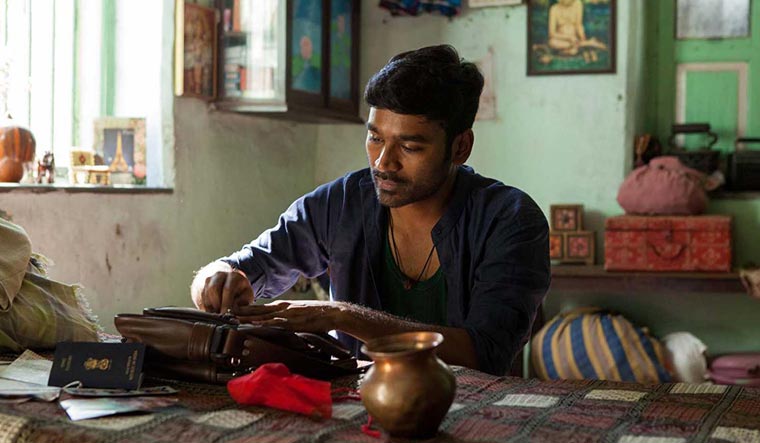 Dhanush in 'The Extraordinary Journey of the Fakir' | imdb

Actor Dhanush took to social media on Friday to announce that he is singing a song composed by music maestro AR Rahman from his upcoming Bollywood film Atrangi Re.

He is sharing screen space with Akshay Kumar and Sara Ali Khan in this romantic musical.

The Aanand L. Rai-directorial went on floors in Varanasi in March, but the shoot was halted when the coronavirus-induced nationwide lockdown was announced. Dhanush posted a pic with AR Rahman and wrote, “Had a blast singing and chatting with our very own Isai puyal AR Rahman sir.” Incidentally, this is the first time the actor is singing for an AR Rahman music composition.

Dhanush has worked with Anand L. Rai earlier in Raanjhanaa.

Besides Atrangi Re, Dhanush has other films like Jagame Thandhiram and Karnan lined up.