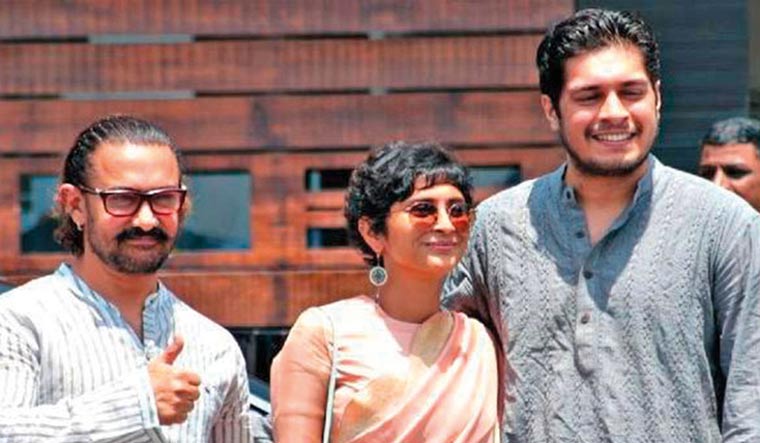 Even as Bollywood continues to face criticism over star kids getting easy breaks, reports reveal that Aamir Khan’s son Junaid failed to clear an audition for a film.

There were reports that Junaid, Aamir's elder child from his previous marriage to Reena Dutta, would make his Bollywood debut with the remake of a Malayalam movie, Ishq, produced by Neeraj Pandey.

Now, according to media reports, the star kid will not be making his debut although he had auditioned for a role in the movie. "He had auditioned for this role but did not get it. He has been giving auditions for various films for quite some time now, while acting in theatre plays. Aamir Khan has been very clear about not helping with anything," Times of India quoted sources as saying.

Aamir Khan has already made it clear that if Junaid wants to venture in to Bollywood as an actor, then he would have to follow the proper process and audition for roles.

Junaid, who has been trained at Los Angeles’ American Academy of Dramatic Arts, has worked as an assistant director on Rajkumar Hirani's PK, which had his father in the lead role. He was also part of the TV show Masterminds.

"It is up to him (about making his film debut). He should lead his own life and take his own decisions. I don't want to take it for him. I have left it all to him. He certainly has an inclination towards the creative world and towards filmmaking. He is following his path, he has studied theatre. He is actually more interested in theatre than films. I am allowing him to go and find his own path. That's how it should be. He is very bright," the actor had earlier said in an interview.