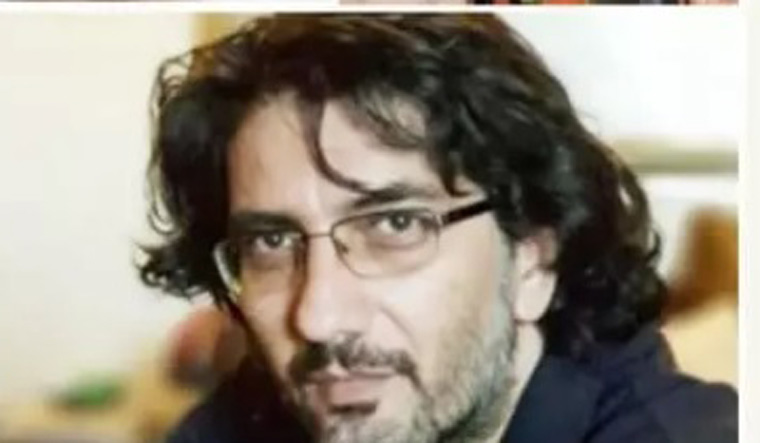 Bollywood actor Faraaz Khan has been diagnosed with brain infection and is fighting for his life in ICU in a hospital in Bengaluru.

According to media reports, Khan has been on ventilator support for t he past five days and doctors have said there is a 50 per cent chance of his survival.

Family members of the actor said Khan had been suffering from a cough and a chest infection for nearly an year. These aggravated recently, and they consulted a doctor over the video call. When the doctor saw the condition, it was recommended that Khan gets admitted to a hospital. In a fundraising platform, Fahed Abousher and Ahmed Shamoon, relatives of the actor wrote: Faraaz had been suffering from a cough and an infection in his chest for nearly a year. Recently, the coughing had aggravated so due to the prevailing pandemic, he decided to consult the doctor over a video call. Over the video consultation on 8th October 2020, the doctor saw his condition and recommended that he gets himself admitted to a hospital as his cough was quite intense and to prevent any further infection, hospitalization was the best thing to do. So, immediately we called for an ambulance. However what happened after that has shaken us up to the core.

The family members called an ambulance, but Khan suffered a seizure when the ambulance was on its way. He suffered two more seizures even before reaching the hospital.

The diagnosis revealed that he suffered the seizures because of a herpes infection in his brain that spread from the chest. As he also developed pneumonia and his blood pressure and heart beat increased rapidly, he was unable to breathe and was admitted to the ICU.

Faraaz was admitted to the emergency ward of Vikram hospital where we found out that he suffered three consecutive seizures due to a herpes infection in his brain that had spread from his chest. Besides, while he suffered from these seizures, he swallowed the mucous and saliva of his cough which entered his lungs and caused pneumonia in there. Because of this his blood pressure and heartbeat increased massively and he wasn’t able to breathe. He was put in the ICU care where after a series of complicated procedures and heavy antibiotics he was brought to stability.

Khan requires ₹ 25 lakh for treatment, and a fundraising platform has been set up to raise donations.

However, his vitals have been fluctuating and he is still unconscious in the ICU. The doctors are trying their best to get him out of danger but that will require another 7-10 days of critical care. This will cost us around Rs 25 lakhs. It has been years since Faraaz has worked in films. And 25 lakhs is a huge amount to be arranged. We have a simple life and earn our living with our job and enjoy spending the weekends with our family.

Actor Pooja Bhatt, in a tweet, said she is making a contribution and urged others to do the same. "Please share and contribute if possible. I am. Would be grateful if any of you can as well," she tweeted.