The study was conducted by University of Michigan 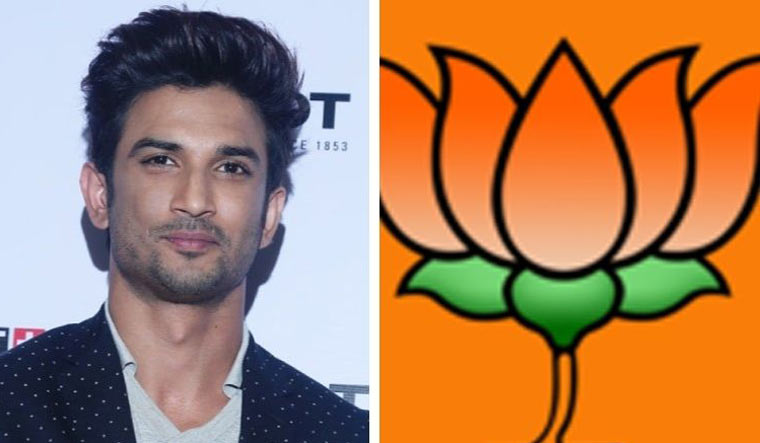 Putting an end to all rumours and conspiracy theories surrounding the death of Bollywood actor Sushant Singh Rajput, All India Institute of Medical Sciences (AIIMS) on Saturday ruled out murder in the case. The AIIMS medical board stated that Rajput died by suicide and it was not a murder.

After Rajput was found hanging at his flat in Mumbai on June 14, a section of media and many on social media hinted that it could be a case of murder.

Now, according to a study by University of Michigan, it has been revealed that the BJP had a role in fanning flames of rumours that suggested that the actor was murdered. The highlights of the study 'Anatomy of a Rumour: Social media and the suicide of Sushant Singh Rajput', reveals how certain media channels and the BJP proposed "a ‘murder’ alternative to the ‘suicide’ narrative."

The study looked at the social media content on Rajput between June 14 and September 12, 2020 and found that tweets on the actor had more retweets than other subjects, and the volume of content put out by certain TV channels increased the number of tweets and retweets.

While depression and mental health, along with the struggles of an outsider in Bollywood, was the focus on initial discussions, as time went by, there were more conspiracy theories.

The study, with the help of a chart, showed how the saffron party has been more aggressive than the Congress in discussing the case as a murder.

“The Bollywood industry became a central focus of trolling. Trollers and spreaders of fake news often took the position of self-declaring as ‘nationalists.’ Here, one piece of misinformation presents a Pakistani hand and the presence of Dawood with Bollywood stars,” the study stated.

The study cited a journalist who pointed out how the media ignored suicides of farmers "driven to desperation by poverty and state failure" failed to "garner a small percentage of the attention that this case had received."

"The data show an important role played by politicians, especially the BJP, in proposing a ‘murder’ alternative to the ‘suicide’ narrative," the study noted. "As research into online groups claiming to seek justice for Sushant Singh Rajput have shown, a heady mix of ultranationalism, casteism, distrust of Muslims, and misogyny come are drivers of some of the online action that we have seen in recent months."

The study noted how the suicide case offered a diversion to people at a time the pandemic presented the worst economic crisis India has known. "The timing of the suicide, in the midst of the Coronavirus crisis and lockdown with many urban middle-class Indians stuck at home, probably had a role in driving up purchase for the story. The Sushant Singh Rajput case came at a point when the prime time for a while had been saturated simply with news of the virus. The story offered a diversion," it said.

The coverage of the actor's death gave many politicians a chance to be in the limelight. "The political parties that engaged in the story arguably benefited from being in the spotlight and used it as a means to attack their opponents. Perhaps the most interesting case is that of sitting parliamentarian Subramanian Swamy, once a central player in the policy circles, now wilfully mongering deceit, and also the most popular Twitter handle in wordclouds of trolls."

Further, the study showed how only women have been at the receiving end of the drug probe linked to the death of the actor. "The victims of this case have mostly been women — Rhea Chakraborty was slandered and hounded, eventually ending up in jail without bail. As the scandal devolved into allegations about drugs – the Indian Narcotics Control Bureau summoned four movie actors – Deepika Padukone, Sara Ali Khan, Shraddha Kapoor, and Rakul Preet Singh, all women, and at the time of this writing, all intensely targeted by trolling and mainstream media speculation online."