Rahat Indori, the doyen of Urdu poetry, is no more

The eminent Urdu poet passed away today after contracting COVID-19 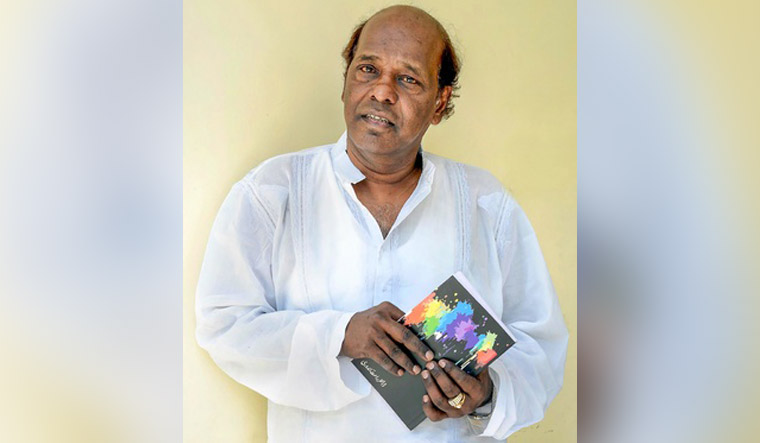 A pall of gloom descended on the literary world and in Madhya Pradesh as internationally acclaimed Urdu poet Rahat Indori, who had tested COVID-19 positive and was admitted to a private hospital in Indore late on Monday night, passed away on Tuesday evening.

Rahat Indori had himself shared his COVID-19 positive status early on Tuesday morning on social media. He had expressed hope that he will defeat the infection soon and had urged people to pray for him while requesting them not to make phone calls to him or his family. “You all will get the news of my well being on Twitter and Facebook,” he had written.

Wishes and prayers had poured in on social media for the eminent poet, but the news of his death emerged on Tuesday evening, shocking everyone.

Chief Minister Shivraj Singh Chouhan and ex-chief minister Kamal Nath were among the first ones to express grief and offer condolences on the death of Indori.

“The death of Rahat Indori, who reigned over the hearts of lakhs and crores of people through his shayari is an irreparable loss for Madhya Pradesh and this country. I pray for peace to his soul and strength to his family and loved ones to bear the loss,” CM Chouhan tweeted.

He also quoted a verse from Indori and added, “Never thought you will leave us this way. May you be safe in whatever world you are and may your journey continue.”

Ex-CM and MP Congress Committee chief Kamal Nath tweeted that he was shocked to hear of the sad demise of Rahat Indori, who was not only an honour for the state but for the entire country.

“We got the news of his ill health this morning and made prayers for his quick recovery but it is difficult to believe that he should leave us so suddenly and untimely. He was always an advocate of social amity and he popularized the name of Indore across the country with his excellent poetry.

I offer condolences on behalf of myself and my family on the death of the marvelous literary personality,” Kamal Nath said.

Rahat Indori was born Rahat Qureshi on January 1, 1950 in Indore and emerged as one of the most prominent poets of the contemporary times. He was a lyricist, too, known for songs like “M Bole toh” from Munnabhai MBBS (2003), and “Neend Churai Meri” from Ishq (1997).

Rahat Indori’s couplets and verses have been quoted across literary circles and made him a household name. The fact that he used simple language and easily mirrored the thoughts of common people through his poetry, made him a poet par excellence.

His couplets like “Sabhi ka khoon shaamil yahan ki mitti me; Kisi ke baap ka hindustan thodi hai (Everyone’s blood is included in its soil, Hindustan is not property of anyone’s father)” have a place of pride in literary world and indicate the true character of a poet who always expressed his views without chewing upon words, his followers say.

About nine months ago, in a public programme, he recited a couplet, “Mai jab mar jaaun toh meri alag pehchan likh dena; Lahu se meri peshani pe Hindustan likh dena (When I die, write a different identity of me; write Hindustan with blood on my forehead)”, while sharing an incident where he was called a jihadi and which set him thinking about his identity.

His other couplets like “Dosti jab kisi se ki jaaye; dushmanon ki bhi raye li jaye (opinion of enemies should be sought while making friends with someone)” and “Na humsafar na kisi hum-nashin se niklega; hamare paanv ka kaanta hamin se niklega (No fellow-traveller or associate can take it out, only we ourselves can take out the thorn in our feet)”, have been making waves around the world for years now.

His another famous couplet, “Do gaz sahi, magar yeh meri milkiyat toh hai; aye maut tuney mujh ko zamindar kar diya (Even if two gaz, this is my property, o death, you have made me a landlord)” probably sums up his personality not only as a poet but also as a human being.

Two other verses of the same ghazal say, “Janaaze hi janaaze hain sadak par; abhi mahoul mar jaane ka naiin (the roads are full of funeral processions; this is not a time to die)”.

And "Vaba phaili hui hai har taraf; abhi mahoul mar jaane ka naiin (epidemic is raging all around; this is not a time to die)."

But Indori did pass away at a time and of a disease that did not allow any funeral procession or even presence of too many people for his burial rites. His family made an appeal on social media to people to offer prayers for him from their homes, to avoid the burial ceremony to be held later on Tuesday night in Indore.