He has written to PM Modi, seeking joint investigation by CBI with NIA and ED 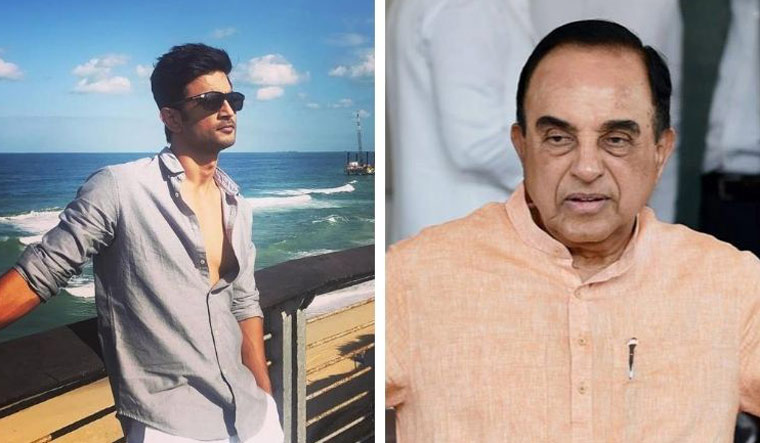 BJP MP Subramanian Swamy has written to Prime Minister Narendra Modi, seeking a comprehensive probe, including by the CBI and other central agencies, into the death of actor Sushant Singh Rajput, whose body was found hanging in his Mumbai apartment on June 14.

Swamy alleged in his letter to the prime minister that the actor's death was a case of murder and not suicide.

He said a CBI probe has become "even more necessary" after an FIR was registered by the Bihar police in Patna on a complaint filed by Rajput's father.

The Mumbai police is also investigating the matter.

"Thus, now two states are investigating in the matter arising from the same sad event of the unnatural death of Sushant Singh Rajput. Therefore, it is in the larger interest of justice that there should be a single investigation...," Swamy said.

This is the Rajya Sabha MP's second letter to the prime minister over the matter.

He said he had enclosed with the letter a tabulation, giving "24 reasons why Sushant Singh Rajput's mysterious death is actually a murder, not a suicide".

Swamy claimed that there are "enough multi-dimensional issues connected with the untimely death" of the actor, which require a "joint investigation by CBI with NIA and ED".

He alleged that terror links of Rajput's "opponents" and money laundering appear to be factors in his death.