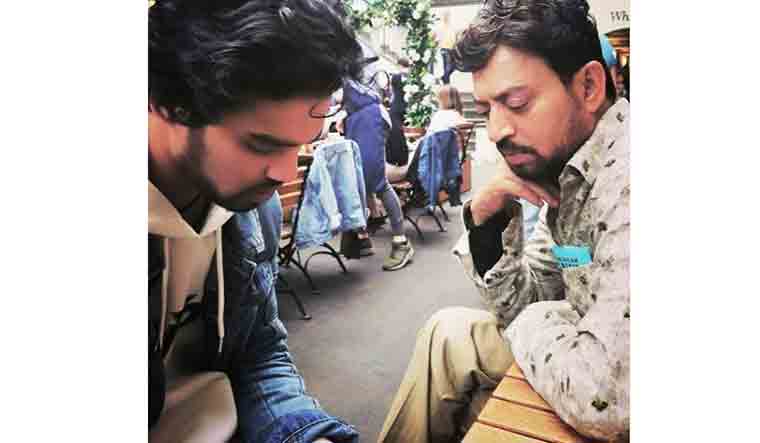 Late actor Irrfan Khan’s son Babil has been taking to social media to open up on a number of issues and also share anecdotes from his father’s life. Now, in a series of Instagram stories, Babil has addressed facing intolerance based on his religion.

He said that ‘relapse of religious divide’ in ‘secular India’ is getting scary. Speaking of holoday for Eid, he wrote: “Mandatory holiday for Eid cancelled on Friday while holiday for Raksha Bandhan on Monday still give. Okay, then no problem, I’ll just celebrate Eid when it’s not Eid on Saturday.”

He further wrote, "I know the whole world is in f***ing frenzy but our beautiful secular India's sudden relapse of the religious divide is honestly getting scary. I have friends that have stopped communicating with me because I'm of a certain religion. Friends I played cricket with when I was 12. I miss my friends. My Hindu, Muslim, Christian, Sikh, human friends. I just miss not giving a f*** about what surname I was born with." (sic)

He added that he was aware his comments would draw hatred towards him and he would be called ‘jihadi’ or told to ‘go to Pakistan’. "First of all, I love India, and I'm telling you this because I do my education in London and every time I go, I can't wait to come back and take rickshaw rides with my hernias, have panipuri at Aksa beach, travel anywhere; in the forests, the crowds... I love India. Don't you dare, call me an anti-nationalist, I promise you, I'm a boxer, I will break your nose."

He also shared screenshots of the messages of support he was receiving for speaking out. He concluded, saying, "One last thing. Thank you for all of the immense love you have shown me and f*** you to all the people who want me to leave the country (well not really, if you want we can have a chat and discuss what the problem is)."