The untitled film will be directed by Hanu Raghavapudi 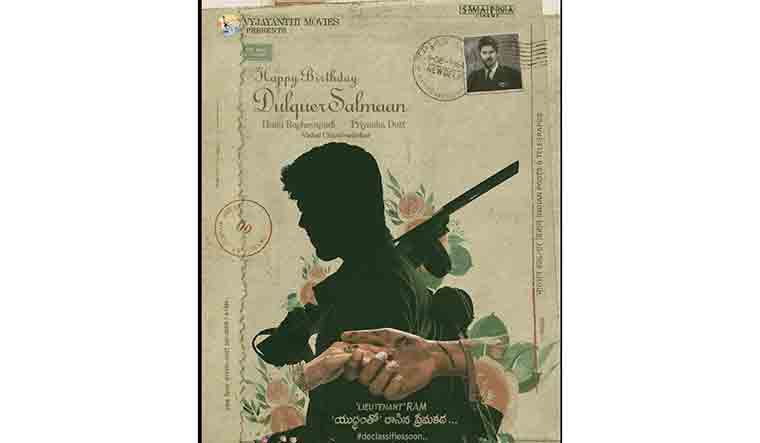 On Dulquer Salmaan’s birthday on Tuesday, the actor revealed that he will be playing Lieutenant Ram in a multi-lingual period drama.

Vyjayanthi Movies and Swapna Cinema officially announced their forthcoming collaboration with the actor. The first look poster of the untitled movie shows a silhouette of Dulquer holding a rifle, with a beautiful telegram in the backdrop.

Touted to be a period love story set in 1964, this untitled film will be directed by Hanu Raghavapudi. The film will be made in Tamil, Telugu and Malayalam. Vishal Chandrashekar will be composing the music. The pre-production formalities have already been wrapped up and the shooting is likely to kick-off towards the end of 2020, Times of India reported.

Dulquer and Vyjayanthi Movies teamed up earlier for the blockbuster biopic Mahanati, featuring Keerthy Suresh in the lead role.

Earlier on Tuesday, Dulquer had also shared a sneak peek into his upcoming Malayalam film Kurup. Bankrolled by Dulquer’s Wayfarer Films and M-Star Entertainment, Kurup is made on the budget of Rs 35 crore, reportedly Dulquer’s most expensive venture