She had complained of breathing issues 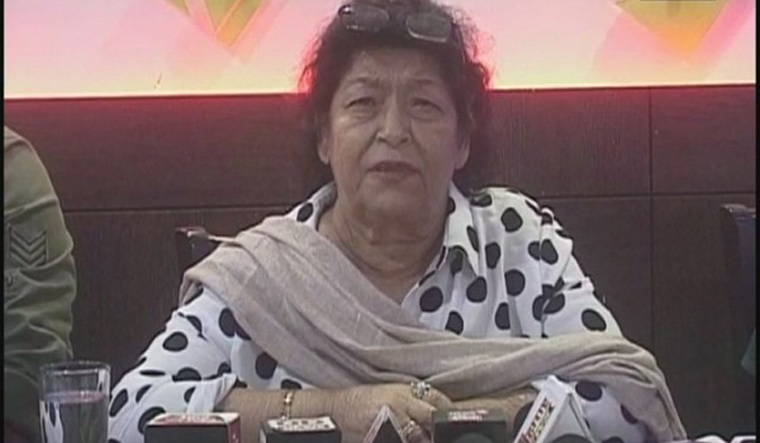 Renowned Bollywood choreographer Saroj Khan died of a cardiac arrest early on Friday. She was 71. Khan was admitted to Gunu Nanak Hospital in Mumbai two weeks ago due to breathing problems and had tested negative for the coronavirus.

A three-time national award winner, Khan is known as the mother of choreography in India. In a career that spanned over four decades, she choreographed more than 2,000 songs. The most memorable tracks she choreographed for include Ek Do Teen, Dhak Dhak, Dola Re Dola and Ye Ishq Haaye.

Khan started her career as a child artist at the age of 3. In the eighties, she choreographed Main naagin tu sapera (Nagina) and Hawaa hawaai (Mr India) featuring Sridevi. Later she collaborated with Madhuri Dixit and Kangana Ranaut. Khan’s last rites will be performed at Malwani in Malad today. She is survived by her husband, son and two daughters.

Khan, who was known as Masterji, worked with actors Sridevi and Madhuri Dixit, the prominent dancing stars of the 80s and 90s. Her parents migrated to India after the Partition. She started her career in the film industry as a child artiste at the age of three and later started working as a background dancer.

The choreographer, who was born as Nirmala and later converted to Islam, learnt dance while working under film choreographer B. Sohanlal. They got married when she was 13 and he was 41. It was Sohanlal's second marriage.

Khan got her first break as an independent choreographer with Geeta Mera Naam in 1974 but it took Sridevi's Hawa Hawai song in 1987 film Mr India for her to receive acclaim as a dance choreographer of repute.

There was no looking back for Khan after the success of the song. She choreographed Sridevi in films such as Nagina and Chandni.