Warner made a video on Housefull4 song ‘Bala’ 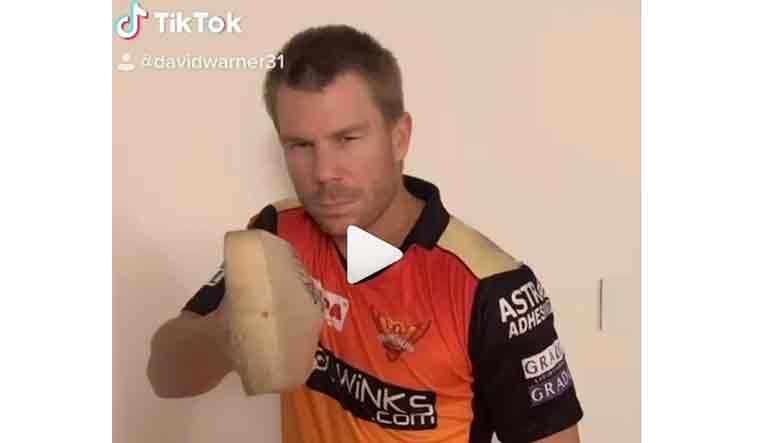 Australian cricketer David Warner has ensured he keeps fans entertained during the lockdown, with his TikTok dance videos. The latest from Warner is a Bollywood number—‘Bala’, which originally featured Akshay Kumar in Housefull 4.

Sporting a suit, the cricketer shared the TikTok video on Twitter and wrote, “Friday night challenge accepted. I may have you covered @akshaykumar”.

Replying to the video, Akshay said: “Absolutely! Nailed it”.

Earlier, he broke the internet when he danced to Allu Arjun’s peppy Telugu number ‘Butta Bomma’. Allu Arjun, who featured in the song in recent Telugu film Ala Vaikuntapurramloo, took to Twitter to appreciate Warner.

From grooving to Hindi and Telugu numbers, Warner took things further recently by mouthing a dialogue from Telugu film Pokiri on Sunday. The video has been trending, and also caught the attention of Pokkiri director Puri Jagannadh.

Sharing the video on his Instagram, David wrote, "Guess the movie? I tried every one. Good luck (sic)." The dialogue is a very popular one from the Mahesh Babu-starrer.

Responding to the video, Jagannadh even offered Warner a cameo role in one of his films. "David This is soooo you. Stubborn and aggressive. This dialogue suits you the best. You are fantastic as an actor also, Hope you do a cameo in my film. Love you”, the director wrote on Twitter.

In February, Warner was reinstated as captain of the IPL franchise Sunrisers Hyderabad for the upcoming season. Warner, who led the Sunrisers to title win in 2016, takes over from New Zealand skipper Kane Williamson. The 33-year-old had stepped down as captain after he was barred from participating in the 2018 season of the tournament in the aftermath of the 2018 ball-tampering scandal.

Warner served a one-year ban for his role and returned to international cricket before last year's World Cup.