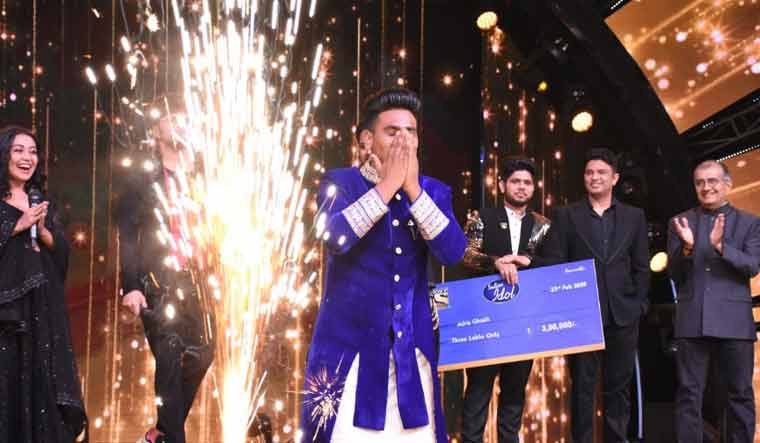 Sunny Hindustani, 21-year-old contestant from Punjab's Bathinda, was declared winner at the grand finale of Indian Idol 11. He was awarded a cash prize of Rs 25 lakh and a Tata Altroz car.

According to reports, he has also been signed in by T-series to sing in one of their upcoming projects. Sunny beat Rohit Raut from Latur, Ankona Mukherjee and Adriz Ghosh from Kolkata and Ridham Kalyan from Amritsar in the final. First runner-up Rohit Raut and second runner-up Ankona Mukherjee were awarded a cheque of Rs 5 lakhs each. The third and fourth runners-up, Ridham and Adriz, received Rs 3 lakhs each. All the participants were handed over several gift hampers.

"I had not thought of getting through the first round, leave alone winning the competition. I have come a long way and can’t believe that the journey has just started. From getting the opportunity to sing on such a big platform to winning the show is like all my dreams. I will always be thankful to the judges for mentoring and guiding me and to Sony Entertainment Television for giving me a platform to perform in front of legends of the music industry and an opportunity to meet so many stars. I can’t believe that the whole of India heard my voice voted for me wholeheartedly to make me desh ki awaaz," Sunny said in a statement to the Indian Express.