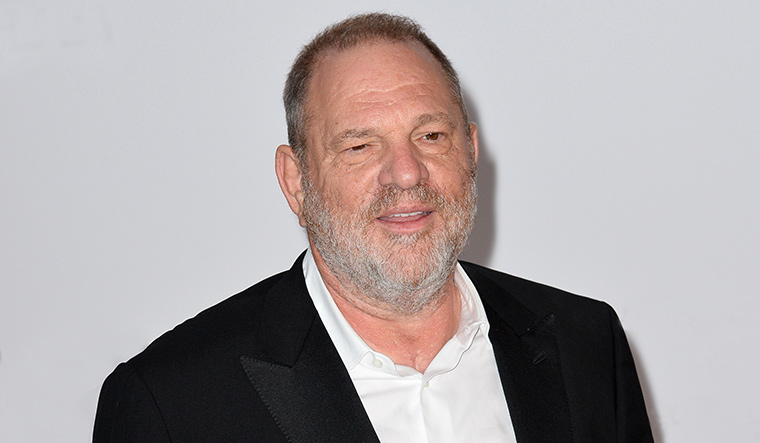 Harvey Weinstein was convicted Monday at his sexual assault trial, sealing his dizzying fall from powerful Hollywood studio boss to archvillain of the #MeToo movement.

He was found guilty of criminal sex act for assaulting production assistant Mimi Haleyi at his apartment in 2006 and third-degree rape of a woman in 2013. The jury found him not guilty on the most serious charge, predatory sexual assault, that could have resulted in a life sentence.

The conviction was seen as a long-overdue reckoning for Weinstein after years of whispers about his behavior turned into a torrent of accusations in 2017 that destroyed his career and gave rise to #MeToo, the global movement to encourage women to come forward and hold powerful men accountable for their sexual misconduct.

The jury of seven men and five women took five days to find him guilty.

Three additional women who said they, too, were attacked by Weinstein also testified as part of an effort by prosecutors to show a pattern of brutish behavior on his part.

Jurors signaled their struggles with the Sciorra charges four days into deliberations. On Friday, after reviewing sections of her testimony and related evidence, they sent a note to the judge indicating they were deadlocked on the counts but had reached a unanimous verdict on the others. After some debate in the courtroom, the judge ordered jurors to keep deliberating.

While Weinstein did not testify, his lawyers contended that any sexual contact was consensual and that his accusers went to bed with him to advance their careers.

The defense seized on the fact that two of the women central to the case stayed in contact with Weinstein through warm and even flirty emails and had sex with him well after he supposedly attacked them.

The hard-charging and phenomenally successful movie executive helped bring to the screen such Oscar winners as Good Will Hunting, Pulp Fiction, The King's Speech and Shakespeare in Love and nurtured the careers of celebrated filmmakers like Quentin Tarantino and Kevin Smith.