Taapsee has shot a concept video to promote the campaign 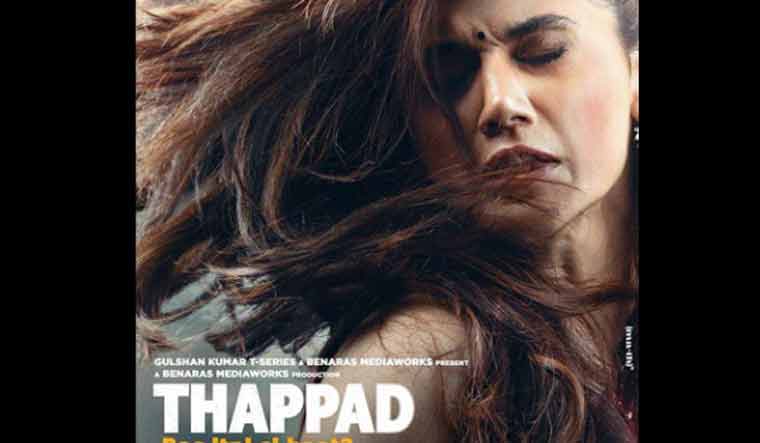 The team of Thappad, including lead actor Taapsee Pannu and director Anubhav Sinha, have extended their support to a petition asking for disclaimers to be added in films that showcase domestic violence.

The petition started by Mahika Banerji for women's rights organisation Breakthrough on Change.org has so far gathered more than 1.27 lakh signatures. Taapsee has shot a concept video to promote the campaign.

"Why don't we have a disclaimer for 'Thappad' on-screen when we have one for alcohol consumption, smoking and animal cruelty?" the actor asks in the clip.

"We strongly believe that our efforts at bringing about lasting behavioural change through means of popular culture and community-based actions will play a crucial role in ending gender-based violence. I am happy film 'Thappad' has taken the lead. We hope many more films to follow this practice," Sohini Bhattacharya, President & CEO, Breakthrough, said in a statement.

The 32-year-old actor also took to social media to offer her support to the petition asking the CBFC to make it mandatory for movies depicting violence against women to carry disclaimers. "When most of our films are filled with misogynistic portrayals of women, films like Thappad trigger our collective conscience.

"Taapsee's support for Mahika's Change.org petition is a powerful statement for the Indian film industry to take responsibility for the right messaging on crucial issues that affect millions of women in our country every day," Nida Hasan, country director, Change.org India, said.

Thappad is set to release on February 28.