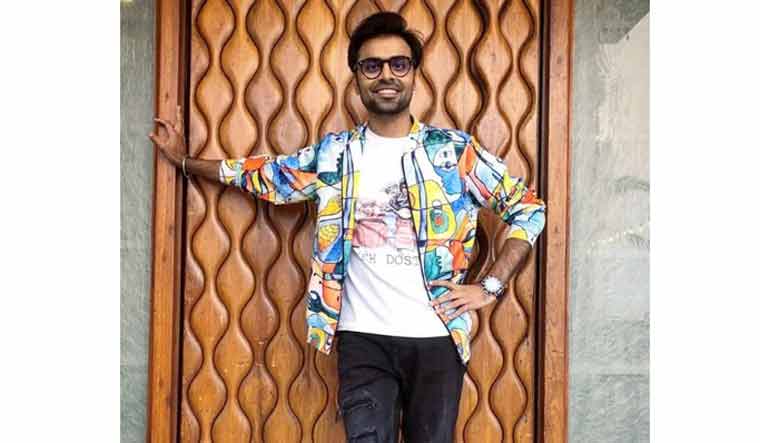 After cementing his position in the digital space with shows like Permanent Roommates, The Pitchers and many small sketches created by The Viral Fever, Jitendra Kumar made a move to films with Gone Kesh in 2019. A year later, he is set to star opposite Ayushmann Khurrana in Shubh Mangal Zyada Saavdhan, a film he thinks is one of the most socially relevant. He talks to THE WEEK about the film, his role and how acting in films was always a dream.

The trailer of Shubh Mangal Zyada Saavdhan has already been appreciated a lot. Does that mean half the battle is won?

Not really! The aim of the film will only be achieved once it releases and we see audience’s reaction to it. If they are taking everything positively or not, a lot depends on that. Abhi toh shuruaat hai [It is only the beginning now]. It is just to tell people that we have made a film like this [on a gay relationship]. We are talking about a subject that makes a lot of people feel awkward. You cannot talk about your sexual orientation in a party or social gathering. If you talk about it with your parents, it is often uncomfortable. But, in our film, we are portraying it very normally and in an entertaining way.

Isn’t that the strength of the film that you are treating the subject like any other?

Correct. I think and really hope that this is the last interview for a film where we are being asked such questions.

As an individual, however, what’s your opinion on mainstream cinema not dealing with a same-sex relationship like any other?

First would be how it was a criminal activity till a year and half ago. It is only after the decriminalisation of Section 377 that it has become a little chill. It required a lot of daring to show something like this on-screen. Also, as a creator, you could not really go all out. And if a creator could not delve deep, how would you really reach the larger mass. It only reached the people who were already comfortable with the subject. That was the problem with the films dealing with such topics. With the decriminalisation of section 377, we can talk about it not just freely but legally too. That is why a family entertainer.

How did you come on board?

The director Hitesh Kewalya had seen my previous work on the web. Kota Factory had released around the time when they were looking for an actor for the film. There was a strong buzz around the show and they thought it could be worked out with me. Ayushmann, too, had seen my previous works; he was also excited and rooting for me. I was shooting at the time in Bhopal when they called me for the first time. I told them it would be difficult for me to come and meet the director. When I returned, I again got a call and met him. He asked me to read a couple of scenes to see if it is coming out properly. He said he was getting few things he wanted from me, but there were other things he wanted me to work on. Then, Aanand L. Rai called me. He had seen my previous works as well. He said I look comfortable on-screen in what I do, but in this particular performance I look nervous. He asked me to perform, as I would do any other role. After that Hitesh sir called me for a narration. For me, the subject being taken up in the film was not a big deal, but how the story is written and how it unfolds was. How the love between two men is shown. I also wanted to be sure of the character arc. And I thought the script is really fun and entertaining. That is what people want.

Did you ever think about the reaction of people? Was there any apprehension or thoughts how it could affect your career adversely, before agreeing to do the character?

The only people this could affect adversely are the homophobic. But I am certain that through the course of the film they will hear “this is normal” so many times that they may pause to re-evaluate what they think and believe in. The problem is that we become homophobic because there is a constant narrative floating that “it’s unnatural”. It is repeated so many times that one loses perspective. The only way to change it is a reverse narrative, which this film is aiming to do.

You were studying engineering in IIT-Kharagpur. How did you get drawn to acting?

In college, someone told me that it is important to be a part of an extra-curricular activity. I got selected in the dramatics society and acting became a part. I was appreciated and people knew my name. More than studies, I started focussing on acting and enjoying it. I really think that that happens with a lot of engineering students because from a very young age they are forced to concentrate only on a conventional goal of getting into a good institution and are not able to explore other arenas. In IIT, when other areas like sports, music, drama, etc can be easily explored, a lot of us get into it. After that, my college senior, Biswapati Sarkar (writer with The Viral Fever), who used to write plays in which I acted, told me he is going to Mumbai and since I am not getting a job I should join him. I joined him.

Has your journey in acting been the way you expected it to be?

No. It has not (laughs). When we were making the move and the Internet was just growing, we had decided we would make videos/sketches for the web. Films looked difficult. We were not sure, but we thought that our videos would work like show reels that would help us in auditions and getting more work. But in 2014, Permanent Roommates came and became the first web show of our country and created a huge buzz in the industry. With Pitchers, we became even more popular and people started recognising me. It’s been humbling. Last year, it was Gone Kesh and now it’s Shubh Mangal Zyada Saavdhan. The dream to come in films was always there, but I had not throught it would happen like this. I can just be grateful. I have one more film, Chaman Bahar with SaReGaMa and Yoodlee Films, and a web show that will be coming out soon.